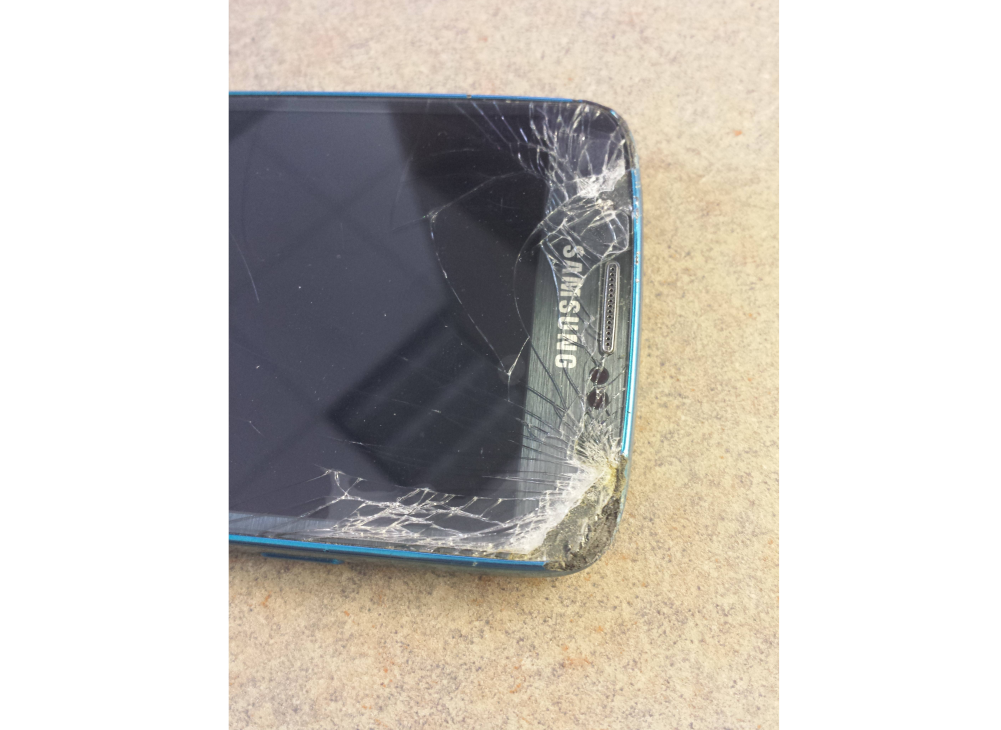 Samsung’s Galaxy S4 Active smartphone was announced about a year ago. Buffed up Galaxy S4 got some attention in the past year, although probably not as much as Samsung would have liked. We have a rather interesting story for you about the adventures of this phone.

Reddit user yapinjapin1 claims his friend’s S4 Active “met” the lawnmower. Here’s the gist. his buddy was mowing the lawn and listening to some music on his device, at one point the device fell out of his pocket and ended up under the lawnmower. He turned off the lawnmower and pulled the device out of there just to notice that it was hit by the lawnmower’s blade and damaged it significantly. The phone itself was still operational, even though the blade took off a part of the upper right corner of the phone. Music was still playing after it happened and he claims the phone functions just fine, there are even some pictures to prove that as you can see.

FIrst thing that came to my mind when I saw this was: “Ouch!”, and immediately after that initial shock: “if I stumbled upon this on YouTube in a video format I’d laugh my a** off”, even though I’d be incredibly upset if something like this happened to me. In any case, it’s an interesting story. Did something like this even happened to you? Any accident including your phone you’d like to share perhaps? I personally only dropped a phone a few times without damaging it significantly, nothing to write home about.