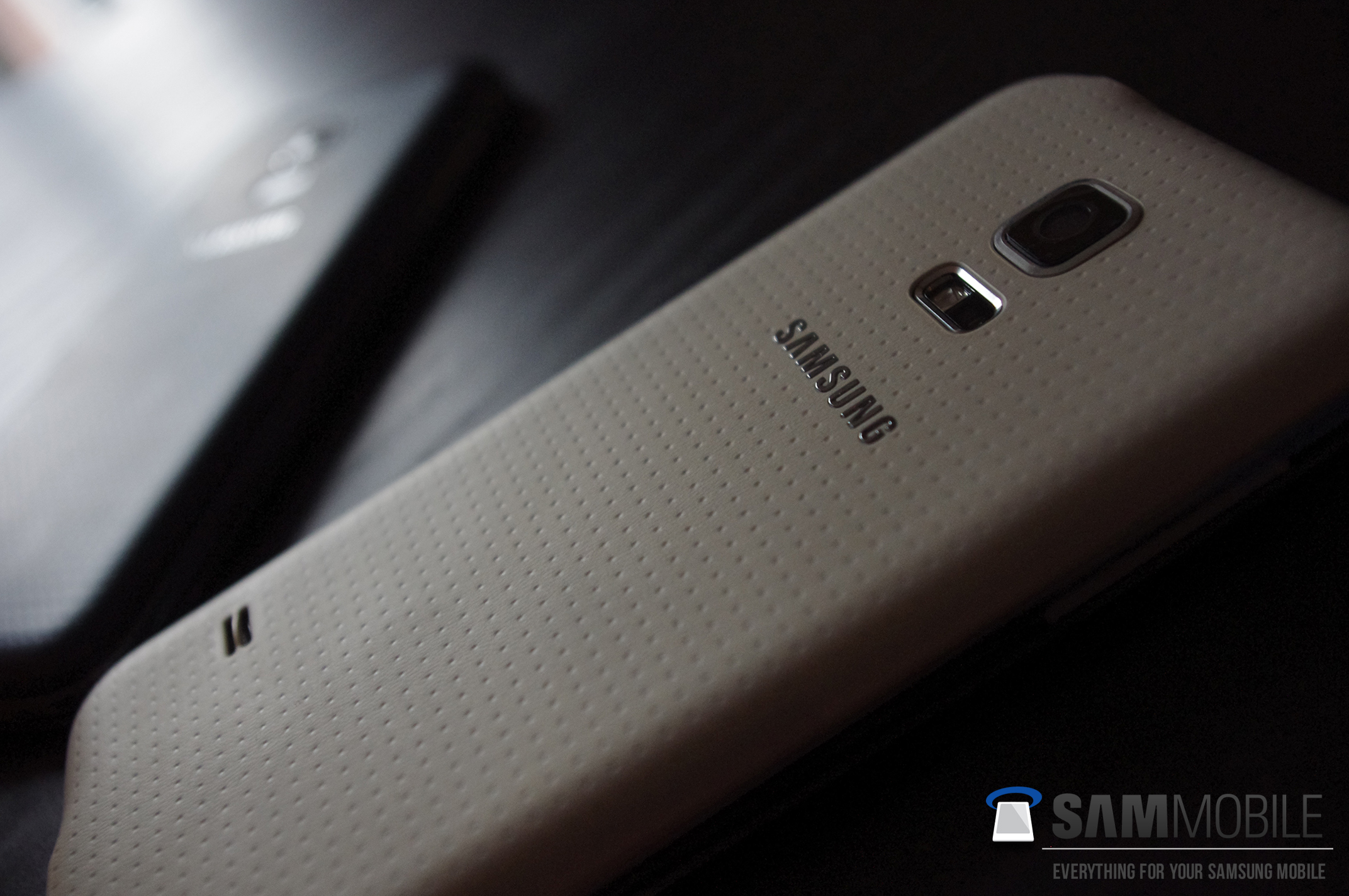 Ever since Samsung introduced its flagship Galaxy S5 smartphone we’ve been wondering when the “mini” version of the device will come out. We haven’t seen any leaks of the phone, at least not legitimate ones. This leak will make up for it though.

By the looks of the phone you probably can’t tell it apart from its bigger sibling, but the hardware is where the two differentiate. Unlike the S5, the S5 Mini is rumored to feature a 4.5″ 720p Super AMOLED display along with a 1.4 GHz Samsung Exynos 3 (3470) Quad processor and 1.5GB of RAM. The phone is rumored to have 16GB of on-board storage and an 8MP main shooter along with a 2.1MP front facing one. Fingerprint reader and a heartrate sensor should also be a part of the package. The device should also get IP67 certification which would make it water and dust resistent like its bigger sibling.

This leak comes from SamMobile and there’s no mention of when the device might be announced. Samsung’s “Galaxy Premiere 2014” event on Thursday is always a possibility though.