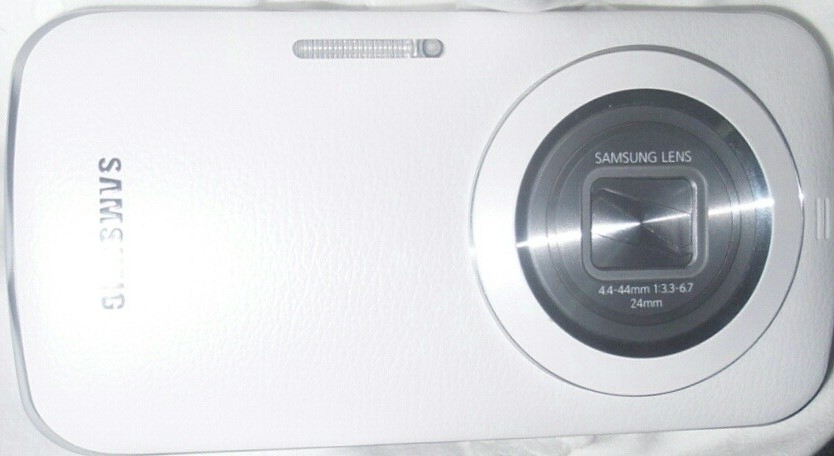 A leaked image that has found its way onto the web claiming to be the Galaxy S5 Zoom could be the real deal, offering the first look at the latest smartphone and camera hybrid from Samsung.

The Galaxy S5 Zoom is expected to feature a 20-Megapixel camera with 10x optical zoom, Xenon flash and OIS (optical image stabilisation), together with a quad-core processor, 2GB of RAM, and a 4.8-inch 720p display.

Whilst it’s difficult to judge the physical dimensions of the new Galaxy S5 Zoom it is thought it will resemble the same size of the Galaxy S4 Zoom but the lens won’t protrude quite as much as it did on the earlier model.

The Galaxy S5 Zoom is expected to be released sometime in May.