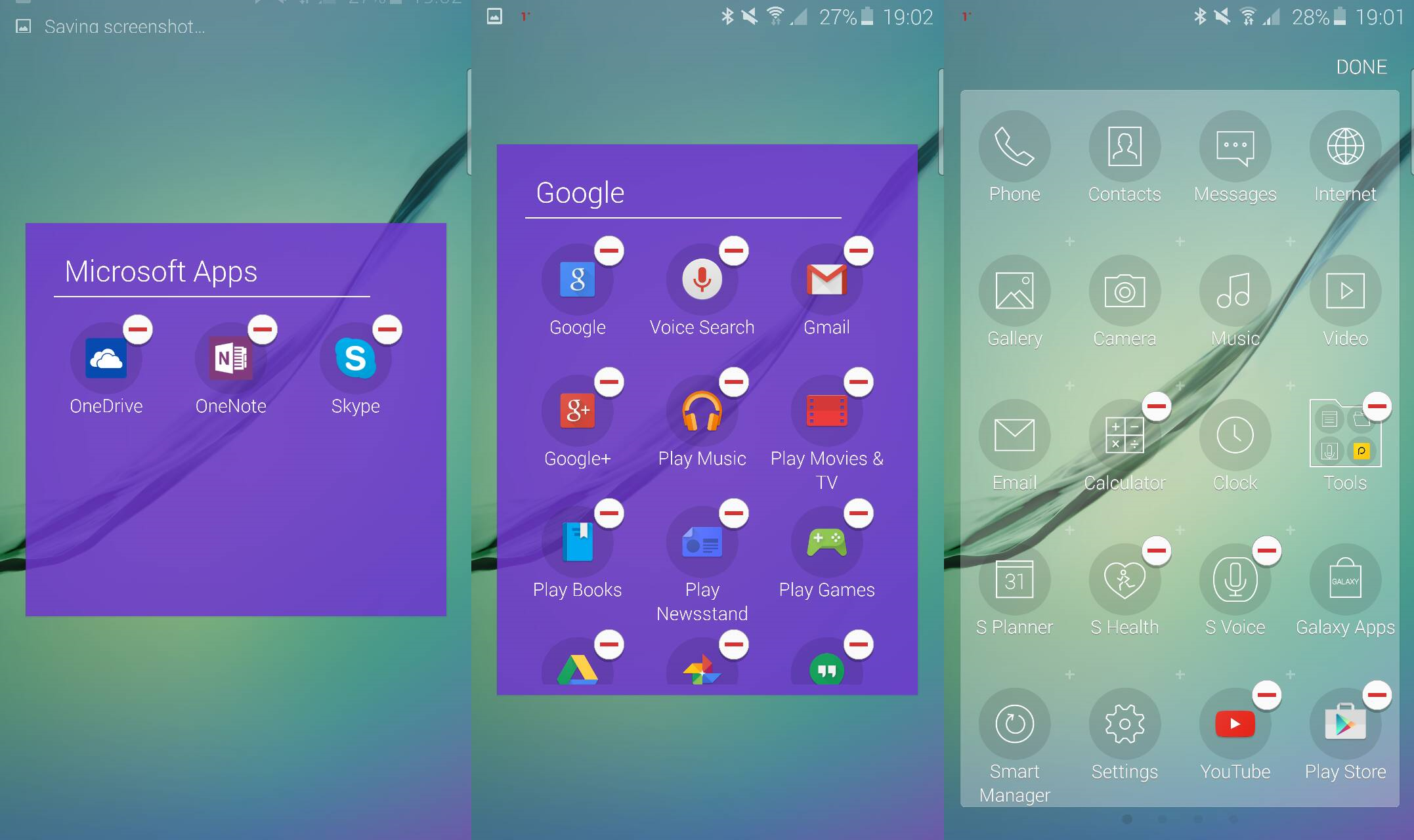 Over the years, phone manufacturers have put more and more pre-installed applications on every new device with no ability to remove them. It got to the point where it would not only take up precious space, but it would hurt performance. Most notably, Samsung was dubbed the bloatware kings as their phone featured every Google app alongside their in-house apps which did the same functions. The good news with the Galaxy S6 and Galaxy S6 edge is that Samsung seems to have changed their approach and most of the pre-installed applications will be removable.

The Galaxy S6 has brought a radical new approach from Samsung in every aspect of the phone from design, hardware, and even software. Long ago, it was rumored this would be true and it seems as if an XDA user got his hands on a pre-release version of a Galaxy S6 edge to confirm those rumors.

While not every app is removable, such as the Galaxy app store and other phone specific applications, a good chunk are. Apps from Samsung that are removable include S-Health, Calculator, and even the ever annoying S-Voice app. It also seems as if every pre-installed Google app is removable and so are the new Microsoft apps.

Now that the Galaxy S6 features a radically different design and software combination, is that enough to tip your opinion over the edge (no pun intended)? Will you be picking up Samsung’s next device? Let us know!