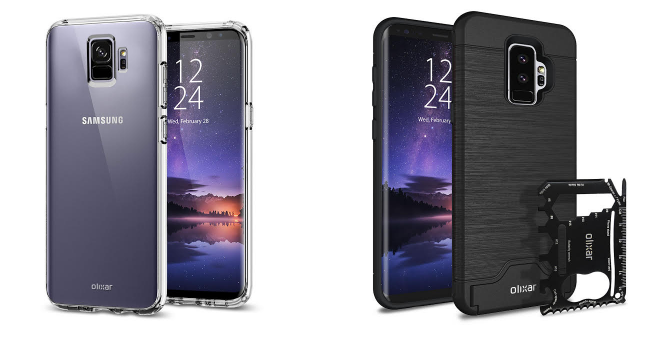 As the build-up to the launch of the next Samsung device approaches, we’re given a glimpse of some exclusive renders showcasing the cases for the Galaxy S9 and S9 Plus.

The screen is also slightly bigger on the Galaxy S9 than on the current Galaxy S8 and is expected to be revealed in mid-February.

Obviously, case leaks take a punt at estimating the physicals of upcoming devices in order to be first to market but moving the fingerprint sensor makes sense and is something Samsung is expected to do if not able to embed it under the touchscreen itself.

You can find the new Galaxy S9 and S9 Plus cases by Olixar in a range of colors exclusively at Mobile Fun.