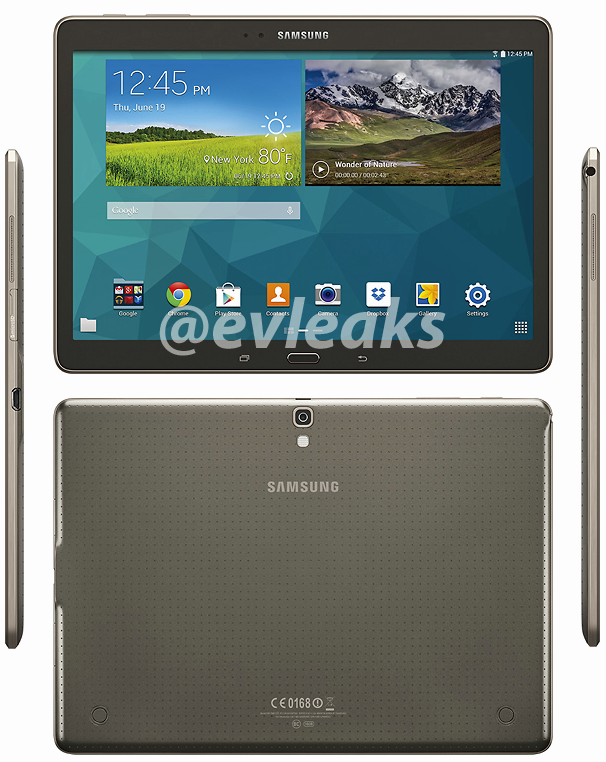 June 12 is the date when Samsung is expected to announce their Galaxy Tab S lineup. First the Galaxy Tab S 10.5 leaked and not long after that the 8.4 version did the same.

This new set of leaked images, courtesy of @evleaks, look pretty convincing and quite frankly official. One (if not both) of these tablets are expected to sport a 2560×1600 AMOLED screen, after Samsung had a brief fling with LCD panels in their Galaxy TabPRO and NotePRO tablets. Other than the screen an 8MP camera is expected as well as Magazine UX UI and Android 4.4 KitKat.


We should know more on June 12. Although there’s a June 19 date mentioned on one of the renders, could this be the date of the launch or is it just a coincidence? We’ll find out soon. Do you plan to get either of these devices?