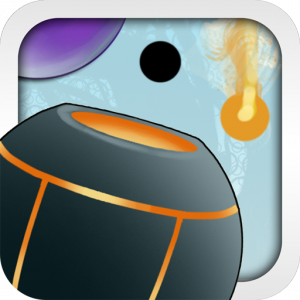 A Game With Balls has been released on the Android Market, and it actually looks like a lot of fun to play. The object of the game is to protect your cannon from falling objects by firing cannonballs at them to push them aside. The real challenge lies in the fact that each object behaves differently when hit with a cannonball, so you’ll have to think on your feet and be able to avoid them. The game has OpenFeint implementation, so you can share all your top scores with your friends as well.

Puppy Punch Productions, the makers of A Game With Balls, promise that more themes and add-ons are on the way. So, if you’re ready to give the game a shot, you can download it by using the box below. More screenshots and the full press release can also be found after the break. Has anyone tried the game yet? Do you like it? Sound off in the comments!

Gainesville, FL – 12 August 2011 – Puppy Punch has announced that its first game ‘a game

App Store and the Apple App Store for only .99 cents!

About a game with BALLS:

Balls rain from the sky. In a chaotic frenzy you attempt to destroy them to no avail. You resign to

your fate. At the last moment your mind becomes clear and you begin to… understand. Why

destroy them? Why not brush them aside, effortlessly? You transcend, a mystical shield arises

from inside. Now a tap of your finger can solve anything…

mode tapping the right side fires light balls and the left fires heavy!

○ If you’re not careful things can get too hectic, so firing a strategic small ball is

often better than a pair of big ones!

and more! See how long you can survive in each!

Ball Master! Check out the leaderboards to compare your times against the