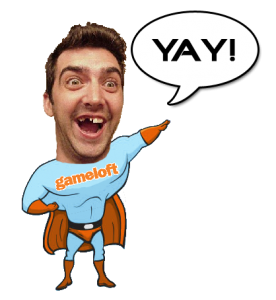 It’s no secret that Gameloft is against the sales of their incredible collection of 3D games via Google’s Market. However, an interview with Reuters regarding their upcoming distribution plans is sure to have many scratching their heads in confusion.

Gameloft has decided to partner with the new Amazon Appstore, embracing it only days after its public release. Chief Executive Michel Guillemot had this to say:

“The Amazon ecosystem is controlled where we don’t find too many pirated version of our games or malware games, so for the consumers, it will be a safer place to come and get applications.”

For some reason, this explanation fails to sit well with me. How can you use the Amazon Appstore’s lack of pirated games as a sign of its strength when the thing was, literally, just released? There has yet to be enough time to test the store’s integrity, or even reliability. Sure, Amazon did a great job. However, to say that it’s safer for consumers without there being any proven track record is sort of disconcerting.

Is something else going on here? Perhaps Amazon struck some sort of financial deal with Gameloft. We’ve seen Amazon begin its foray into the mobile app market by wooing Rovio into releasing Angry Birds Rio exclusively in their Appstore. It seems to me that Amazon is doing anything it can to solidify itself as a serious Market contender. This is by no means a bad thing. In fact, it’s very commendable. I just wish companies like Gameloft would tell us the true reasons for their actions instead of spoon-feeding the bull seen above. Just sayin’…

Either way, kudos to Amazon. This is a big win.