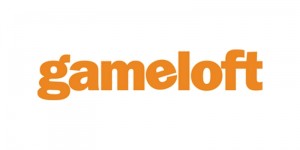 Gameloft, a major gaming developer, has started to pull back on their plans for Android.Â  The two reasons are potential revenue and adoption of the platform

“We have significantly cut our investment in Android platform, just like … many others,” Gameloft finance director Alexandre de Rochefort.Â  “It is not as neatly done as on the iPhone. Google has not been very good to entice customers to actually buy products.Â Â  On Android nobody is making significant revenue.”

Aside from Android, Gameloft also develops Nintendo DS, PlayStation Portable, Wii, Xbox 360, iPod, iPhone OS, and of course, Windows PCs. Some of their hits include Assassin’s Creed, the Prince of Persia series, and a handful of Tom Clancy (Splinter Cell) titles.

Are they wise to scale back on Android or do you think are underestimating its potential?Â  Does it make sense to put more eggs in the iPhone basket at this time?Â  Does the burden fall on Google to “entice” people to buy?