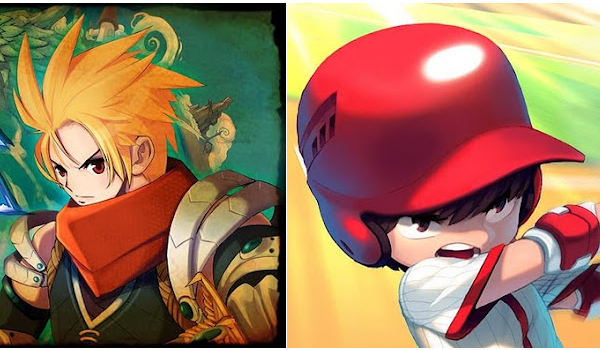 GAMEVIL released a pair of sequels to two of their most popular Android titles this week with the debut of Baseball Superstars 2012 and Zenonia 4.  Both are available in the Android Market immediately and carry that  ever attractive price tag of zero.

Zenonia 4 has been optimized to take advantage of the HD displays found in many of today’s top Android smartphones and features new gameplay mechanics.  Look for transformations, beast summons and touchscreen-gesture combat combos among other goodies.  Additional details include  new 2-on-2 battles, a mercenary-for-hire system, and an even deeper storyline than in the past.

We always look forward to a new Baseball Superstars release as it typically signifies the approaching new baseball season.  Like Zenonia 4, Baseball Superstars 2012 takes advantage of the HD screens on Android handsets and looks gorgeous.  Check out the instant replays and moving crowd to see how much different a little high definition does to your game.

New to this year’s version are a strengthened My Pitcher and My Batter modes, new special hitting abilities, and network (worldwide multiplayer) play.  Like any good game with computer opponents, the AI has been improved and for smart and effective plays.

New optional tilt and gesture based controls offer deeper immersion in the game. Combined with a new roster of Super players and interactions in Story mode, more Missions, and upgraded overall gameplay systems, Baseball Superstars 2012 is the ultimate baseball experience on the go.