With the official release of Android Nougat imminent, we’ve seen some leaks in the past days that gave us a glimpse of what Google’s future Nexus launcher may look like. It features a slight redesign, with a fixed date widget and swipeable app draw. 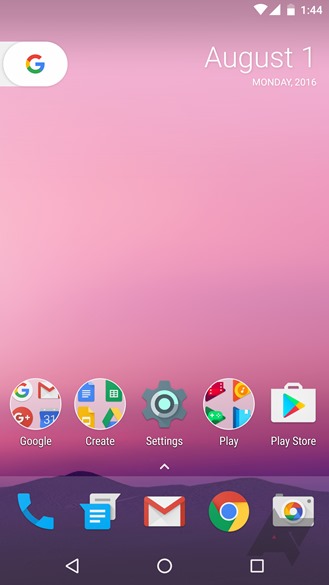 Apparently, the launcher was planned to be released officially with the final public version of the Android N release. As things turned out, the APK file surfaced on the internet and is now available for anyone to use, granted that your phone supports it.

If you can’t wait to use it, today is your lucky day.

You can download the .apk file here at MediaFire.

Be warned, though. As the launcher is meant to be a stock application, trying to use some features will crash the app if you simply install the .apk.

In order to fully install it you have to flash the zip file linked above via TWRP. As mentioned, installing the APK works but it crashes when launching the wallpaper picker and you can’t swipe right for Google Now.

We advise you to only flash the app if you are aware of what you are doing.

There are also some cool 2016 Nexus wallpapers here to compliment your new look.