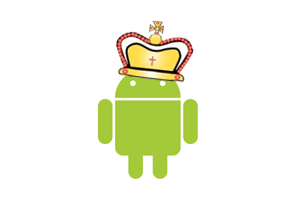 From day one of the Android Market, there have been a few titles that seem to be firmly sitting atop the list of “Most Popular” apps. Titles like The Weather Channel, MySpace Mobile, and ShopSavvy have wrestled their way into the top three spots and seem as if they won’t be letting go for quite some time. In fact, after 6 months, the 10-20 most popular overall apps in the Android Market appear poised to stay there. This poses the question – Can a new developer ever expect to get their title(s) listed near the top?

As each new Android owner starts off looking for new apps, the first place they are inclined to look will undoubtedly be the most downloaded titles.Â  What are other people getting for their G1 or Android handset?Â  When they look at the sheer number of downloads, they’ll likely assume that they’d be missing the boat if they don’t get them for themselves.Â  My guess is that this alone will probably keep these apps in these top spots.

Here’s the thing, all of these apps at the top of the heap are great in their own ways.Â  Most of them have been loaded on my G1 and have stayed there.Â  The real dilemma comes when a potentially killer app from a small developer or big company is released.Â  Unless you keep checking the latest additions, you’re likely going to miss the app’s arrival.Â  As time goes, the number of apps will compound, much in the way Apple’s App Store has grown.Â  It will be harder and harder to grab attention and keep it.

Fortunately, Android developers don’t have to worry about the Market in the same manner that Apple developers do.Â  Anyone can opt release their app in anyway they see fit.Â  Have a personal blog or corporate website? Go ahead and put direct links to your programs there.Â  You can go about promoting your app in whatever fashion you deem best.Â  However, it brings us back to the original problem.Â  If there are dozens of application stores and a myriad of ways to get software, how does one make sure his/her app gets noticed?

Apple has a leg up in this regard.Â  By essentially forcing people to play by their rules and get apps in one centralized location, they at least put all developers in the same boat.Â  On the other hand, it’s an even worse situation over there than it is here in the Android Market.Â  Try getting your latest release noticed in a sea of 25,000 applications.

It’s a tough situation to be in for sure.Â  This is where you have to put together a full game plan if you expect to do well beyond a simple spike in traffic and a few days of interest.Â  You’ll need to couple great word of mouth, branding, and more if you want to succeed in the long term.Â  Oh, and you’d better have a decent offering too.

Mark Murphy has a great piece up on Network World that addresses this, and other similar problems, from a developer’s perspective.Â  What can one do to ensure that their app stays relevant and on the tips of everyone’s tongues?Â  His AndroidGuys article from earlier this week also brings to light many questions that developers need to think about when putting forth an app.

I’d love to get feedback on this.Â  Any Android owners out there who are having a difficult time finding great apps outside of the most popular titles?Â  How about developers?Â  What do you think could help improve your odds?Â  What will happen when the floodgates really open up and new apps come start rolling in?