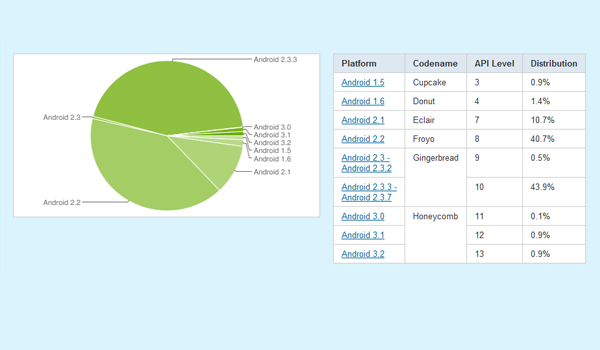 It is the start of a new month, which means the latest platform figures have been listed on the Android Developers blog.  As we’ve seen over the last few weeks and months, Gingerbread has solidified its position as the most popular version of Android, leading with 44.4 percent.  Froyo is not far behind, pulling in 40.7 percent of the pie, well ahead of any other build.  Cupcake and Donut account for a combined 2.3 percent whereas the three versions of Honeycomb (3.0, 3.1, 3.2) total for right around 2 percent overall.