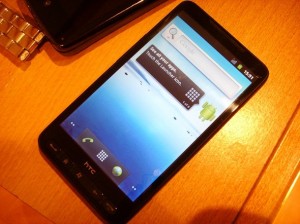 Just 1 day after being ported to the Galaxy S, and 2 days after being pushed to AOSP, the geniuses over at XDA-Developers have loaded Gingerbread onto the HTC HD2. Keep in mind that it’s originally a Windows Mobile device, but many users have likened it to an Evo on T-Mobile by porting Android to it. The majority of Android devices don’t have Gingerbread yet, and a WM device just got it. It just shows you how dedicated the Android development community is. Gingerbread is barely a few weeks old, and it’s already been ported to several devices. I’m personally still not giving up hope that the G1 (yes, i’m still rocking a G1) makes it onto that list, but that’s unlikely. If you’ve got an HD2 and want to try out Gingerbread for yourself, check out the thread on XDA and let us know what you think about it. We look forward to reading your comments!

Enable Android screen mirroring to Chromecast on your rooted device

MIUI joins list of ROMS ported to OnePlus One