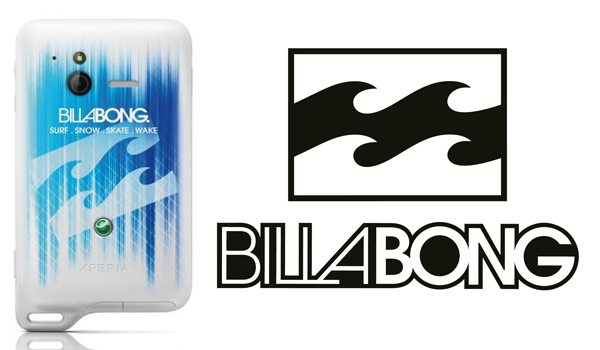 Sony Ericsson today announced that they have partnered with Australia’s surfing and sports clothing brand Billabong. Why?  Because they can.  That, and because they want to expand the reach of their smartphone brand to surfers and sporty types.  Starting today, consumer in select markets will be able to purchase limited Xperia active Billabong Edition handsets with custom covers and exclusive content.  Tailored apps and software include Billabong screensavers, videos, a Billabong LIVE application which happens to be available to other Android users.  Extending beyond the Xperia active, an exclusive Surf Trip game is available for the Xperia PLAY.

London, UK – February 3 , 2012 – Sony Ericsson today announced an expanded global strategic alliance with Billabong,  a brand that promotes an authentic lifestyle and the true values of core boardsports (surfing, snowboarding, skateboarding and  wakeboarding),  which connects the Xperia smartphone brand to a new and highly influential consumer audience and extends to a retail offering for smartphone users. At the center of the partnership is the XperiaTM active Billabong Edition smartphones designed with extreme sports enthusiasts in mind.

“Billabong brings a new, enthusiastic and engaging audience who are early technology adopters and influencers in the areas of sports and technology,”said Stephan Croix, VP Head of Global Marketing Creation for Sony Ericsson. “This partnership is a perfect fit with our brand and the XperiaTM range of smartphones.”

The XperiaTM active Billabong edition is an  ideal smartphone for extreme sports enthusiasts who can capture all of the excitement up close and personal.  This tough, scratch-resistant smartphone is packed with technologies such as wet finger tracking and has received some of the highest marks in dustproof and water resistance categories (IP67).  Click here for more information on the Xperia active.

“The partnership is an expansion of our long term relationship with Sony and an extention of an Asia Pacific alliance developed with Sony Ericsson in 2011,” said Scott Wallace, Billabong’s International VP of Strategic Partnerships & New Media. “Our customers are very tech savvy and their top interests include music, photography, social media and, of course, action sports. Each of these interests can be captured or experienced through the XperiaTM active and we are working on some exciting apps and accessories that should add to the user’s experience. The first to benefit will be the athletes at our major international events who will be testing the XperiaTM active device in conditions as diverse as the snowfields in Austria, surfing the big waves of Tahiti and even skateboarding in Singapore.”

Sony Ericsson XperiaTM smartphones will be featured in major Billabong events worldwide. In addition, Sony Ericsson has more to offer its retailer and operator partners with this unique alliance which gives way to an amplified retail strategy with assets, such as merchandise and event access, which will be used in retail promotions.