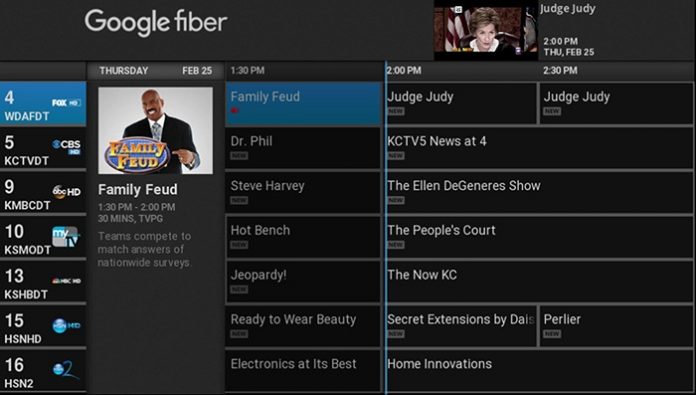 It seems that Google is gearing up to release a new 4K set-top box with Wi-Fi support, even as the company has drastically reduced its Google Fiber operations.

Now Business Insider spotted a FCC filing which points out that Google is preparing to launch a new 4K wireless set-top box for the next-gen of ultra-HD 4K TVs. Back in November, 9to5Google reported Google was preparing a new 4K Fiber TV box (possible Nexus Player successor), but at that time we weren’t given too many details about it.

For those who aren’t familiar with Google Fiber, it’s a service that provides fiber-optic internet and television in select cities, that delivers up to 1Gbps internet speeds.

The FCC documents now reveal Google is seeking authorization for a set-top box that contains a 4×4 5GHz 802.11a/n/ac and a Bluetooth 4.1 radio.

Previous reports related to Google’s upcoming 4K wireless set-top box mentioned the ability to stream from YouTube in High Dynamic Range (HDR). This isn’t apparent in the current FCC filling, but given that Google’s Chromecast Ultra comes with support HDR, it makes sense to assume that Google will include this function too.

Despite the initial hype, Google Fiber has failed to attract many subscribers. According to some estimates, the services has under a million users. The thing is, competitors aren’t rushing to help Google and building broadband infrastructure is naturally very expensive.

The filing does not reveal when the new Google TV box will be launched, but certain documents pertaining to the filing including photos and the user manual are going to be kept under wraps until August 8,2017. Which suggests Google will launch the device before that date.

We expect the new device to run Android and offer Google Home integration and the Google Assistant’s services.