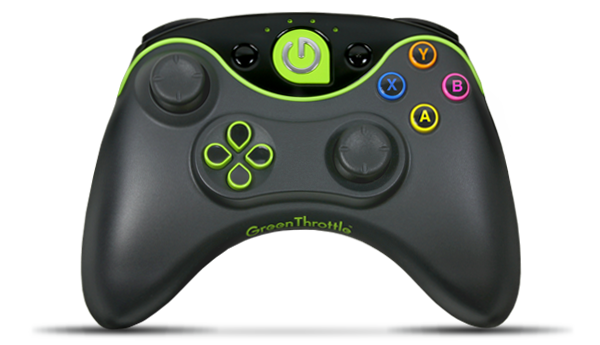 With rumors spreading that Google is working on a set-top TV box, supposedly centered around games, adding fuel to the fire is the recent confirmation that it semi-acquired Green Throttle Games.

PandoDaily first reported the news of the deal that was for an unknown price.

You may remember that Green Throttle released a bluetooth game controller last year that turns your Android into a portable console, which we reviewed, and it’s much like the MOGA and MOGA Pro, with setup working with the aid of the Arena app from the Google Play store. The Atlas controllers sold individually for $39.95 each or in a pair for $79.95 (with a free HD TV connector). It’s safe to say that Atlas never took off with the likes of its competitors, including OUYA and PowerA. Please note that the Atlas app was taken down from Google Play in November, so the controller is now “functionally useless.”

Green Throttle Games, which launched in late 2012, is the brainchild of Charles Huang of Guitar Hero fame and Matt Crowley and Karl Townsend, who worked on the initial iteration of the Palm Pilot. While Google wouldn’t disclose the terms of the deal to PandoDaily, it did confirm that one part of the acquisition, that the former Green Throttle staff, including Crowley and Townsend, will be joining the Google and that Huang has not joined them, but retains rights over the Green Throttle business.

It will be interesting to see what Google will do with its newest semi-acquisition since it now has some experts with experience in Bluetooth, controllers, video games and the allowing of “easy mobile control of a large screen interface.”