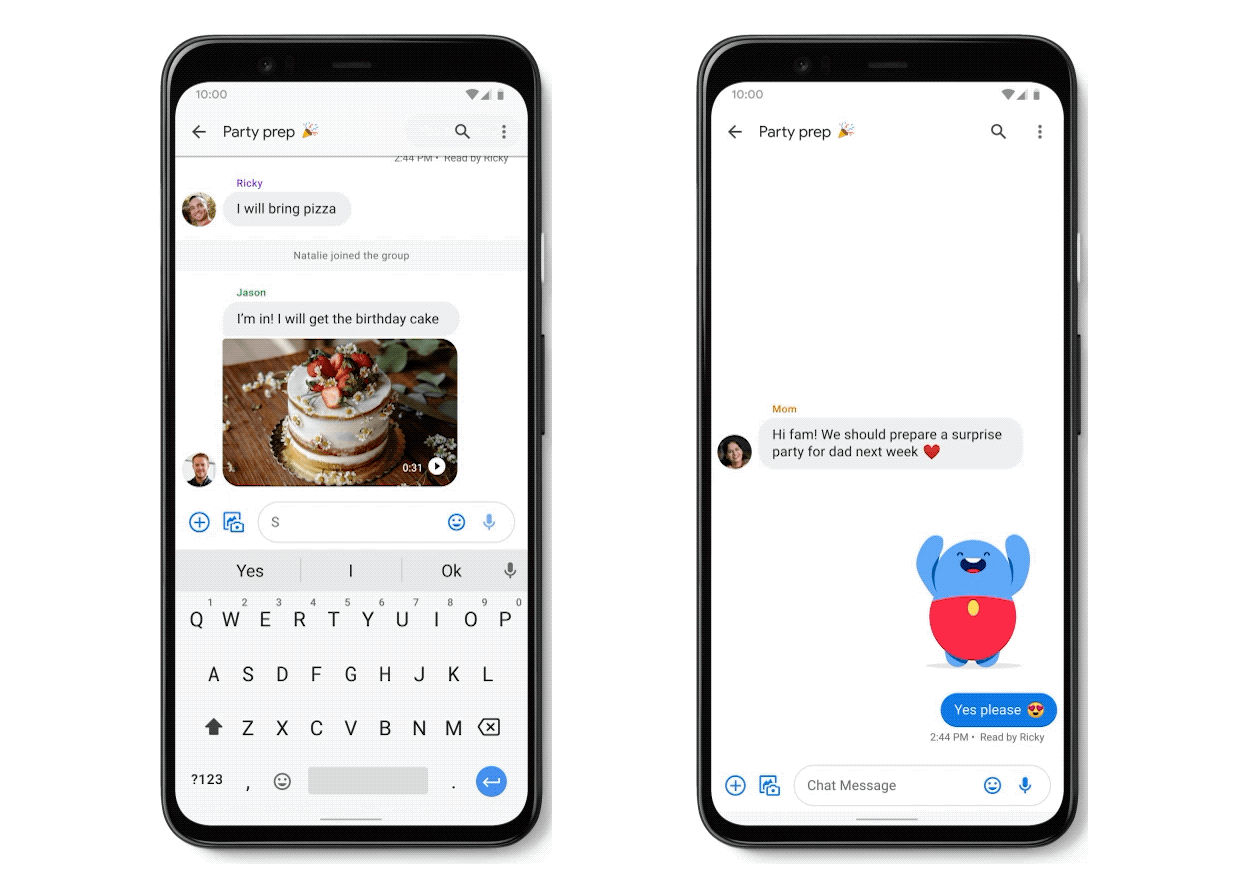 Google on Thursday announced that it has begun deploying Google-operated RCS for its Messages app for Android. The feature will be “broadly” available to Android users by the end of 2019.

Similar to Apple’s iMessage, RCS lets Android users send and receive high-resolution photos and videos as well as see if recipients have read your message.

When you and your friends message each other with these chat features, you can chat over Wi-Fi or mobile data, send and receive high-resolution photos and videos, and see if people have received your latest messages. Plus, you’ll get better group chats, with the ability to name groups, add and remove people to and from groups, and see if people haven’t seen the latest messages.

Google’s announcement is somewhat of a sidestep or jump start on what wireless carriers are working on for phones. The big four service providers announced in October that they have formed a joint venture which promises to bring RCS to phones.

This isn’t the first time Google has opted to take things into its own hands. Indeed, it launched a similar service in Mexico, UK, and France earlier this year.

READ: Top wireless carriers come together with a plan for RCS

Google’s approach puts the heavy lifting on its own servers and infrastructure but does go a long way to unifying things across all Android phones.

It’s not clear if Google’s initiative will ultimately interfere or conflict with the carrier-backed agenda. Google, for its part, says it is “committed to working with our partners, including carriers and device makers, to provide a consistent and interoperable experience for everyone on Android.”

If you already have the Messages app on Android, you’ll be prompted to enable chat features in the next few weeks.