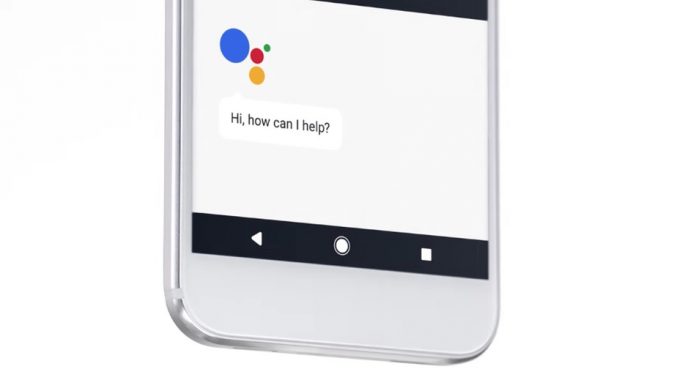 Even if up until now the Google Assistant wasn’t available independently on non-Pixel Android, the AI-driven companion was available on Android devices via the Google Allo app.

During chats, one can call up the Google Assistant and instruct it for example, to provide information about a certain restaurant both parties involved in the convo are interested in visiting. However, as a report coming from Recode shows, the Google Assistant might be a little too keen to share information, event bits of your (private) search history.

An editor for the publication mentioned above was having a conversation with a friend, as she was trying to test the app. Everything was going smoothly, but when the second party asked the Assistant if it could identify itself as a bot in the future, the virtual companion responded by providing a link to the Harry Potter fan site Pottermore, which led to an extract from the “Harry Potter and the Order of the Phoenix” volume. The friend quickly recognized the link as being the result of previous search she had conducted a few days prior to the discussion. 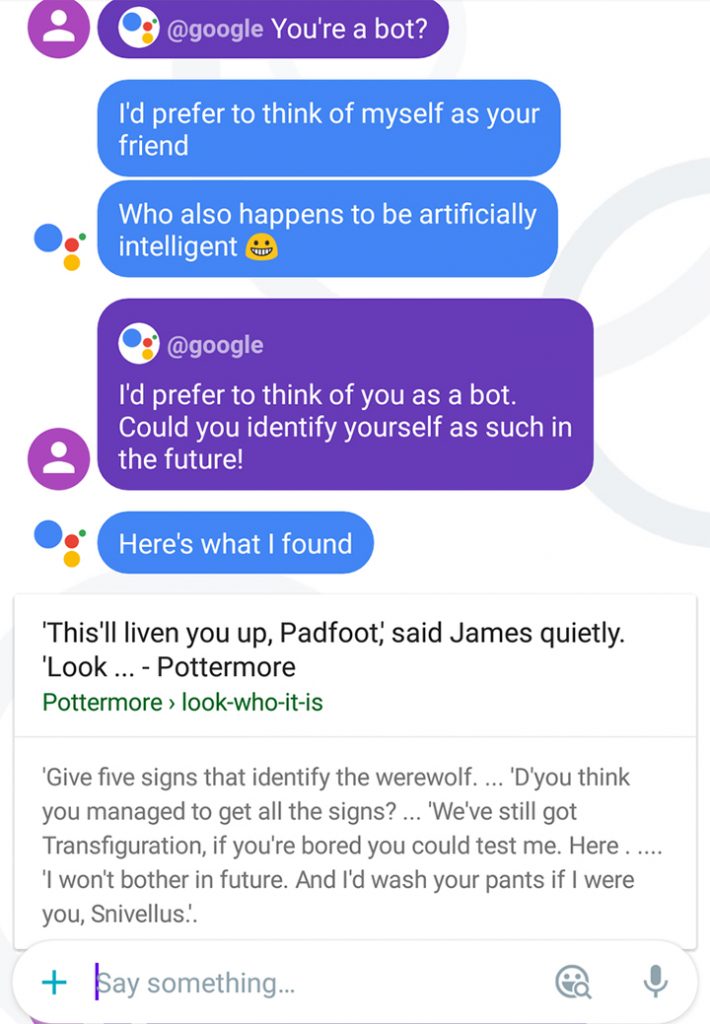 The two parties did not mention Harry Potter, until the Assistant brought it into conversation. So in all appearance, Google Assistant is a bit too willing to give your friends sneak peeks into what you’ve been searching. Thankfully, in this case it wasn’t anything embarrassing.

Surely we’re all aware, the Assistant is far from perfect While its built to safeguard your private info, the Assistant often slips. Recode provides two relevant example for this. When asked questions related to personal information during a convo with a friend, the AI companion will ask you whether or not to share the info. However, when asked “What is my job” the Assistant went ahead and shared the Google Maps location of the person’s former job without asking.

What I don’t understand is why the Google Assistant was prompted to reply with a Harry Potter link of all things. Why didn’t it choose another one? So in all possibility this might be just a glitch. I am not aware of the problem having been replicated by others, but will keep an eye out.

Google has responded to the report by saying the following: “We were notified about the Assistant in group chats not working as intended. We’ve fixed the issue and appreciate the report.”

Google does not specify the nature of the problem, so hopefully this won’t turn into a wider privacy issue. Have you seen similar behavior when using the Assistant in Allo?