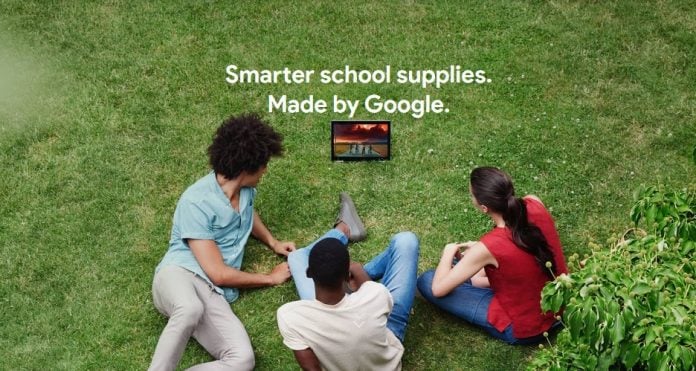 Google has joined the ranks of the companies offering discounts for Back to School. The company is currently offering a range of deals including some of its top products.

So if you order now, you’ll be able to get the Pixel 2 XL with $100 off. Which means that throughout the promo period the 64GB version of the phone will cost $749, while the 128GB model will take you back with $849. What’s more, Google will also throw in a free Home Mini and $50 of in-store credit with the purchase.

Next, the Pixel Buds are sold with a discount of $50, which means you can grab them for $109. The earphones are compatible with Google’s Pixel smartphone, but also other Android smartphones. The Pixel 2 XL and Pixel Buds discounts expire on September 1.

Get your school supplies from Google

Moving on, Google’s entry-level Pixelbook with 128GB of storage is now available with $250 off. Which cuts down the price to $750. Keep in mind that the Pixelbook deal is available until September 3.

A second wave of deals will be kick-starting on August 19 and will end on September 3. During the period, you’ll be able to get the Home Mini for $39 ($10 off). Or you could buy for $58. On top of that, the standard Google Home will be on sale $89. In case you get the Google Home and Home Mini together and you’ll be able to save $65.

The Chromecast Ultra will also be available with a discount, but beginning August 26. Until September 3, interested parties will be able to get the device for $59 ($10 off).

Last but not least, like OnePlus, Google has partnered up with StudentBeans to offer students a 10% discounts Pixelbooks and Google Home products. To take advantage of this, you will need to create a StudentBeans account and prove your student status.

These discounts are offered ahead of Google’s upcoming hardware event which will probably take place in October. During the occasion, the search giant is expected to unveil the Pixel 3 and a host of other products too, including a Pixel watch.

Google’s Back to School deals