Last week, a former Google designer revealed plans for the next redesign of the Google Play Store. Folks have been wondering when they will be getting their hands on them, and it seems that the wait will be over soon.

According to some users, the roll out has started, and has even reached their devices. It seems that there won’t be a new APK to install, but instead, this updated UI has been built into a recent update, meaning that all Google has to do is flip the switch. 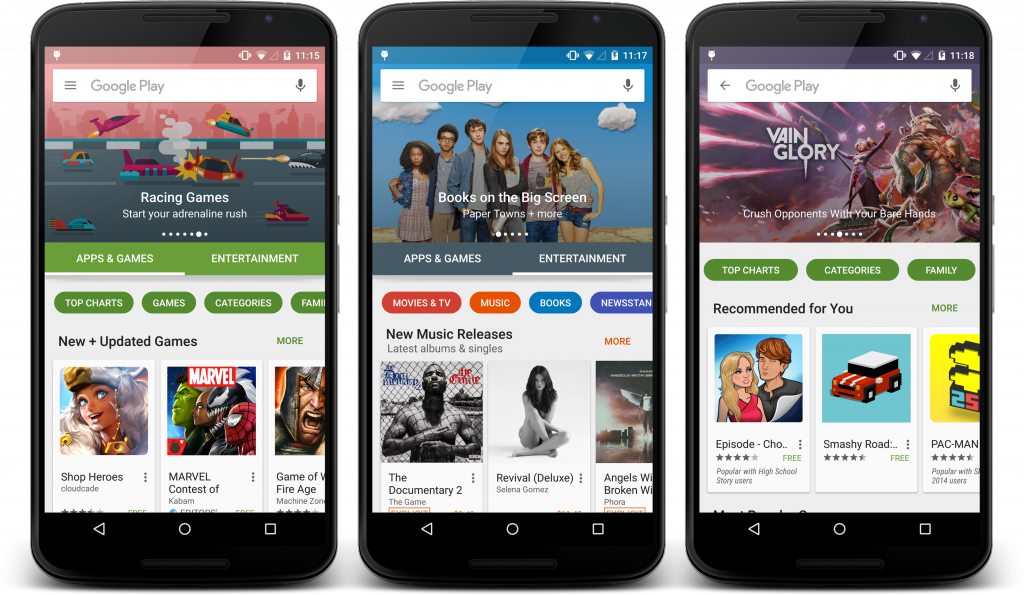 Google’s started flipping the switches, so your device should be seeing the new update sometime this week. The redesigned Play Store puts an emphasis on easier navigation between Apps and Games and Entertainment. Each section will have subsections for specific categories that you’re looking for, such as Movies & TV, Music, Books, etc. under the Entertainment section. The Apps & Games section will have sub-categories for Top Charts, Games, Categories, and more.

We are expecting to see this roll out to our devices this week, but just be patient, and we’ll be sure to update everyone once more information becomes available. In the meantime, drop us a line below if you’ve already received the redesigned Google Play Store.