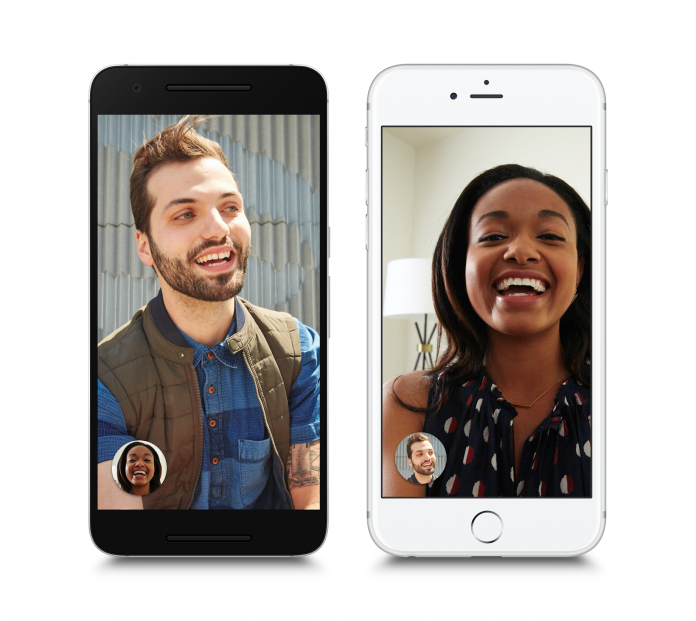 Google announced Allo and Duo way back at I/O 2016 in May. Designed to either simplify or complicate Google’s lineup of messaging services, depending on how you look at it, the new apps were only teased at the time and set for a later release.

Well, the day has now come for Duo.

Duo is a 1 on 1, end-to-end encrypted, video chatting application that aims to make video calls as easy as possible. Duo doesn’t rely on people to sign up with another service, all you need is your telephone number and you’re in. You can reach anyone else using the app based solely on their number. No searching, no scanning your Facebook contacts. It just works.

Not only is it easy to make a video call, it’s easy to maintain that video call once it starts with Duo. The app will automatically adjust video quality based on network quality so you won’t get choppy video on slower networks. Resolution is lowered to keep the framerate high and Duo can switch between WiFi and a cellular network without dropping a call.

One of the standout features during the unveiling at I/O was “Knock Knock”. The feature allows the call recipient to get a live preview of who is initiating the video call. Google says it wants this feature to help calls feel more spontaneous, but we can definitely imagine some hijinks using this feature. And, unfortunately, Knock Knock is an Android-only feature. Sorry iOS friends.

Google began the rollout of Duo today for both Android and iOS and it will be live worldwide in the next few days. Check out the Play Store listing, App Store listing, and Google’s Duo Page for more information. If you’re unable to download it from the Play Store, it is also up on APK Mirror.