In light of the holiday season, Google has released six new features for Android outside of a major OS update. Here’s a rundown of some of the cool new things you can do now.

Emoji Kitchen is a feature for Gboard that allows you to mix emojis into customized stickers. Now, with Emoji kitchen, there are over 14,000 combinations of emoji you can make. Simply tap two emoji and suggestions will come up or double tap one emoji to find more intensity.

This feature will be rolling out over the next few weeks on Android 6.0 and up. Just make sure you download the Gboard app so you can be ready when it comes. You can also read more about it on the Google blog.

Many books aren’t made into audiobooks, which is an issue as people are slowly turning around to the convenience of audiobooks. To fill this gap, Google is working with American and English publishers. They will use auto-generated narrators for books without audio versions. This is an option publishers can elect, with the tool currently in beta, though it will be rolled out more widely in early 2021.

Voice Access is an easy way for people with motor disabilities to control their phone. Now, Google is allowing you to add labels to screens in your app to make navigation even simpler. This has already been rolled out for Android 11, though now it is available globally on any device running at least Android 6.0.

Get around easier with the Go Tab

The Go Tab in Google Maps is a simple way to pin your favorite or common destinations so you can easily see directions, disruptions, and an ETA. For those who use public transit, you can add your common routes to the Go Tab to see departure and arrival times, ETA, and alerts from your transit agency.

Android Auto across the globe

Android Auto will be expanding to new countries across the world, allowing you to bring your favorite Android features to your car display. For Android 10 devices, just plug your phone into the car. Android 9 and before will need the app. 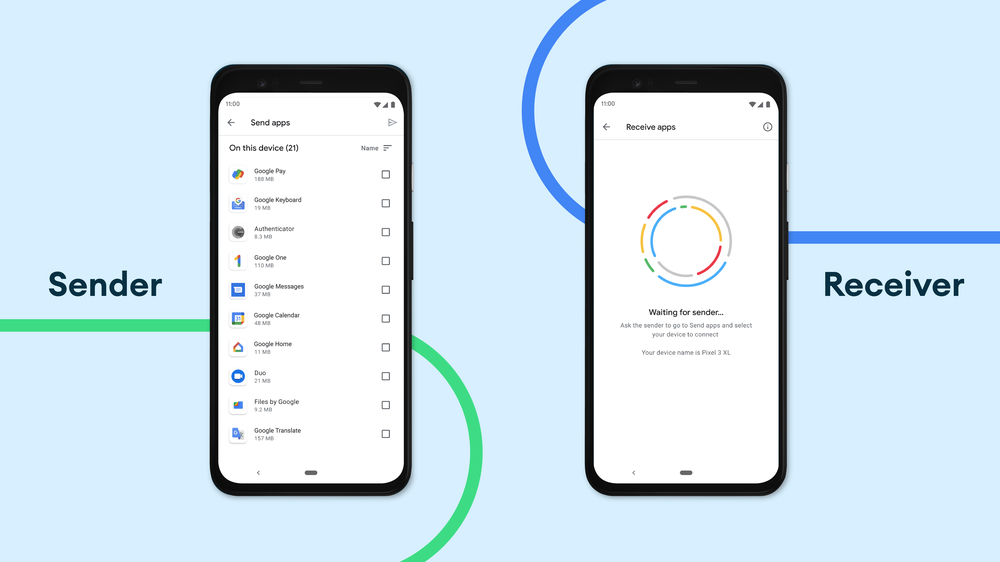 Soon, Google’s nearby share will allow you to send apps from Google Play to people around you, even without a connection. This can be done from the Google Play “Share Apps” menu. This feature will roll out in the next few weeks.