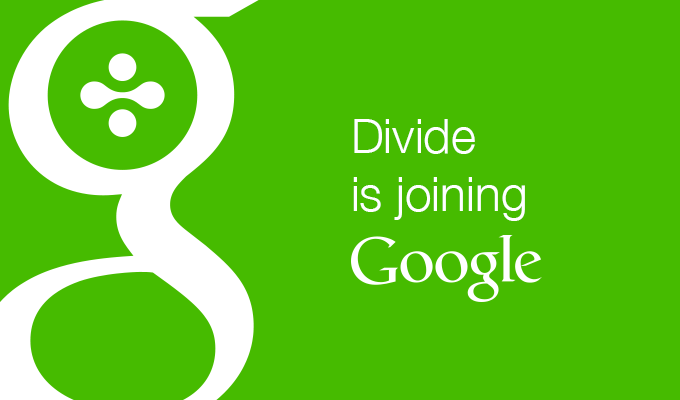 Divide, an enterprise Android company which is known for its work in in putting your work-life onto your smartphone, has recently been acquired by Google. This comes just after the Twitch acquire.

After Divide announced they were bought by Google they also stated, “Divide will work as it always has.” They also reminded fans of Divide that, “Divide was founded with a simple mission: Give people the best mobile experience at work. As part of the Android team, we’re excited to continue developing solutions that our users love,”

The enterprise Android company is known for it’s apps in the Play Store and App Store, along with it’s version of the Android OS. Divide’s products were designed to easily read work email, get better use from your calendar, easy access and use for contacts.

Bring your own device (BYOD) has been trending in the workplace throughout the world, and this must be Google’s way of getting a piece of the trend. BYOD has been fatal to a couple of smartphone companies, especially BlackBerry. BlackBerry was the standard phone that companies had given their employees due to it’s security and work-friendliness but nobody wants a BlackBerry anymore and because of BYOD companies aren’t buying them for their employees anymore.

This leaves the question, who will be the heir to the workplace smartphone company throne? With Google buying Divide, it is a huge signal that Google is making its attempt for the throne.