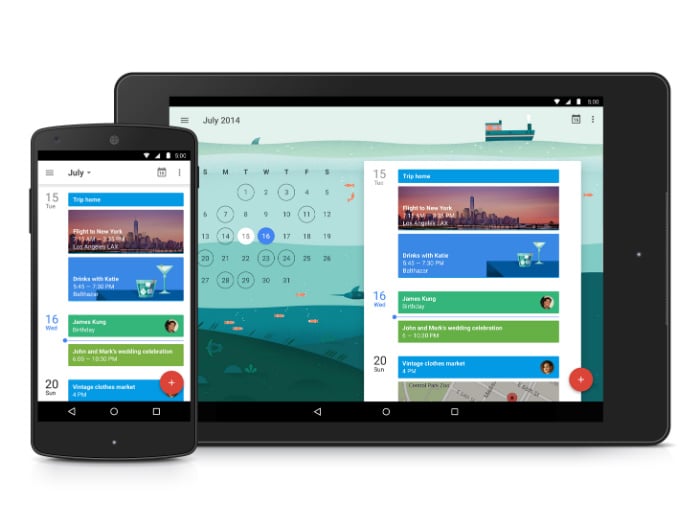 Google has been releasing a slew of updates for their own applications to go alongside the release of Android 5.0, Lollipop. The latest app to jump on the update train, is Google Calendar. This update brings the Material Design found across Android 5.0, and it also brings a few new features to the forefront as well. We’ve seen updates to Gmail, Inbox, as well as the apk’s for various system apps, but the next one up is Google Calendar.

Before we touch on those updates, it must be stated that Google is really knocking the Material Design concept out of the park. After testing out the Developer Preview for Android L, I really began to notice that Google was about to release the largest update to Android that I had ever seen. Now with apps being updated, and new apps being created, everything that Google wanted to do with Material Design and Android Lollipop, is coming full circle.

Back to our regularly scheduled programming.

As I stated above, the latest update for Google Calendar doesn’t just provide us with updated aesthetics. Google finally added some additional functionality to the app, and I really can’t wait to get my hands on it and dive into it.

The first big feature that Google has added, is integration with email. Now, every time that you get hotel reservations, or get an invitation to an event, Google Calendar will recognize that you got that email, and automatically create events. Sure this could get a little hairy if you get a lunch invitation with that one person who you REALLY don’t want to go with, but this will really come in handy for any other events that you actually WANT to go to. 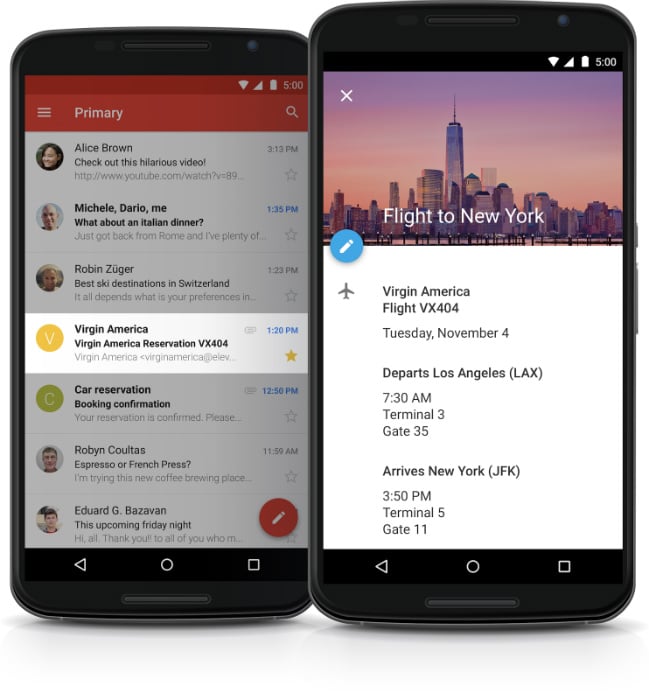 Assists is next on the list, and this is where Google really gets to flex its’ muscles a bit. As you are creating an event within Calendar, Assist will automatically suggest titles, addresses, or even contacts to invite to the event. As with most things nowadays, Assist will learn from your habits, and eventually, you will be able to schedule an event by just writing one word.

While not having the opportunity to get a hands-on with the Calendar update yet, from the looks of it, the feature I’m most excited for is Schedule View. This is where Google decided to really show off the Material Design within Calendar. Instead of just looking at your monthly, weekly, or daily views, Schedule View does all sorts of things to your various events. For example, if you’re planning on heading out with the guys to grab some drinks, Calendar may add a fun image to the background of the event. If you’re planning a vacation to NYC, Calendar will pull up one of the many iconic images of the New York City skyline. While it’s nothing crazy, Google wanted to add a little something extra to the Calendar app.

As for availability, the Calendar update is available today on any devices running Android 5.0 Lollipop. If you’re one of those folks that doesn’t know when or if your device will be getting Lollipop, don’t worry. Calendar will also work on any devices running Android 4.1 and above. The update will come eventually through the Play Store in the coming weeks. Oh, and Google decided to throw a little teaser in there for iPhone users, stating that they are working on an update for the iPhone app as well.

UPDATE: You can now download and install Google Calendar 5 via the link here.