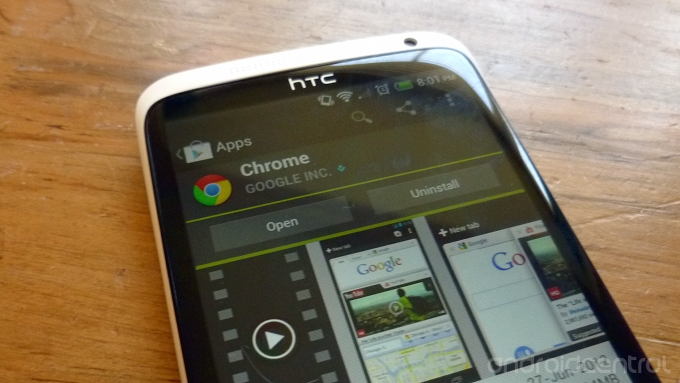 Who can forget the debut of Google Chrome for Android? About 4 months ago, Google launched the beta version of the famous browser in Google Play store, and Google told us that it’s a matter of few weeks that the browser will be out of the beta version, and we made a guess that probably at Google I/O, the search giant will make the big announcement – and we were right.

The stable version of Google Chrome is available in the Google Play store, and just like before, it’s only available for devices running on Android 4.0 and higher. Also Google Chrome for Android is default browser on the brand new Nexus 7 tablet, no doubt Nexus 7 is a complete package. There are some minor changes in the UI, and some  important stability and performance fixes. Though I hope to see Google Chrome for Android for devices running on Gingerbread, Honeycomb etc.

Are you running an Android device with ICS? If yes then download the app and tell us what do you think about it in the comment box below.