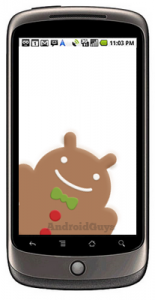 Google’s official twitter account for their Nexus series of phones confirmed what we had already heard a few weeks back.  Android 2.3 will hit the Nexus One in the “coming weeks” in the form of an over-the-air update.  We had heard unofficially from members of the Android team, but this is the first from Google directly.  As we’re advised by the tweet, we need to hang tight.  So hang tight.