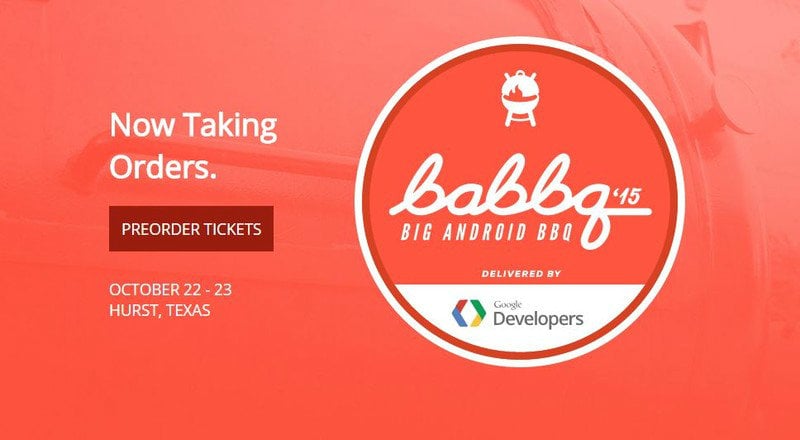 The Big Android BBQ is one of the premier places to be for Android fans, and has definitely gotten bigger and bigger as the years have gone by and the event has become more popular. Well the guys at IDEAA, International Developer Education and Advocacy Alliance, have been able to get a pretty big sponsor for this year’s event.

This is some huge news for the likes of Aaron Kasten, Corry Robb, and the rest of the group over at IDEAA. The idea (pun intended) behind the Big Android BBQ is to get a slew of like-minded folks in one place to go discuss and experience Android in another way than what Google I/O has to offer.

While geared towards developers, the folks at the Big Android BBQ encourage anyone to come and experience the event in person.

Learn ‘tricks-of-the-trade’ from thought leaders and senior developers in our mouth-watering sessions and get your hands greasy with your newly-acquired skills in the Code Kitchen. End each evening with fellow developers and sponsors at our exciting networking sessions filled with satisfying meals and frosty beverages. The 2015 Big Android BBQ delivered by Google Developers will leave you exhausted and inspired.

While I’ve never personally been to any of the Big Android BBQ’s in the past, I hope to one day be able to head down to Hurst, Texas and experience what the BABBQ has to offer.

If you’re interested in picking your tickets up for the BABBQ, ticket sales have opened and range from $77.87 for the “Value” tickets, all the way up to $5,317.78 for the “BBQ x Package”. With each purchase, there are different tiers of rewards you can get, including a free event t-shirt and a SWAG box.

Even if you aren’t heading down there, head over to the 2015 Big Android BBQ website and check out what the folks from IDEAA are all about and what the even itself is about.