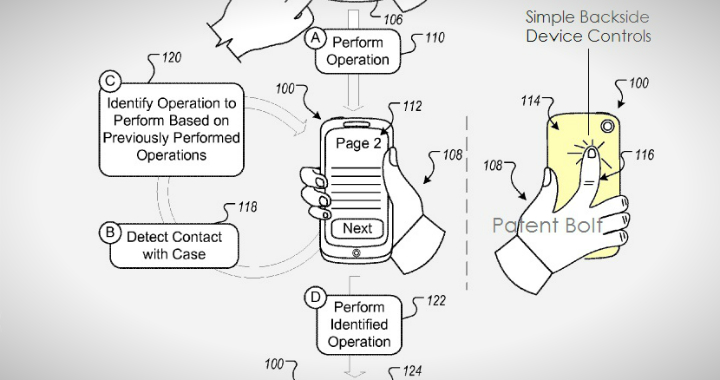 The US Patent & Trademark Office recently published a patent application from Google that shows their intentions to bring backside controls to future Android devices. These controls could possibly turn the page of an ebook, flip through photos, and even change music albums in a playlist.

Apple first introduced this idea back in 2006, but the idea was two hands holding onto a tablet, with the contact points on the sides of the device. Not surprising, just like many of Apple’s ideas, they never really acted on it. After a little bit of tweaking, it may be that Google is bold enough to take this idea and run with it, and leave Apple in the dust. 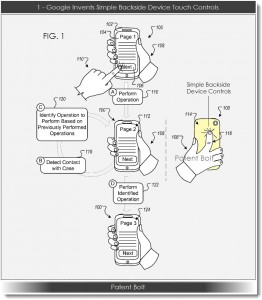 Thanks to Patentbolt, a conceptual drawing related to the idea shows an index finger scrolling through an article. To prevent any unintentional scrolling, the patent shows that the device will detect finger contact and then determine if it’s strong enough to proceed. It appears that the feature will not act if the device is only being held, helping prevent any misleading actions. The backside controls may also provide visual or audible feedback, letting the user know that a tap or swipe has been detected.

Google’s patent application was originally filed in Q3 2012, but just recently published by the US Patent Office. What do you think of this possible feature? Do you think Goggle will actually implement it? Tell us what you think below!