A team of researchers at Google’s Project Zero have tested the Samsung Galaxy S6 Edge’s security chops, and they found quite a few substantial holes. After testing the device in the U.S. and Europe, researchers found a total of 11 bugs, including one that allowed them to execute code on the device after it had been wiped. Google’s researchers seemed alarmed, since it didn’t take long for them to find and exploit these bugs. Given Samsung’s reputation with its Knox security program, it is interesting to see that one of their flagship devices has so many security gaps.

Samsung did address eight of those bugs in an update released in October, and another update will supposedly be released sometime in November to deal with the remaining three. The Google team tested this statement, and found that eight of the issues were indeed fixed. The other three issues relate to memory corruption of photos and execution of JavaScript embedded in an email. It is worth noting that the most severe issues were fixed in the October update, so at least emphasis was placed on the serious holes. It is not clear if these bugs are present on the other flagship devices like the Galaxy S6 and Note 5, although those devices will likely receive the November update as well. 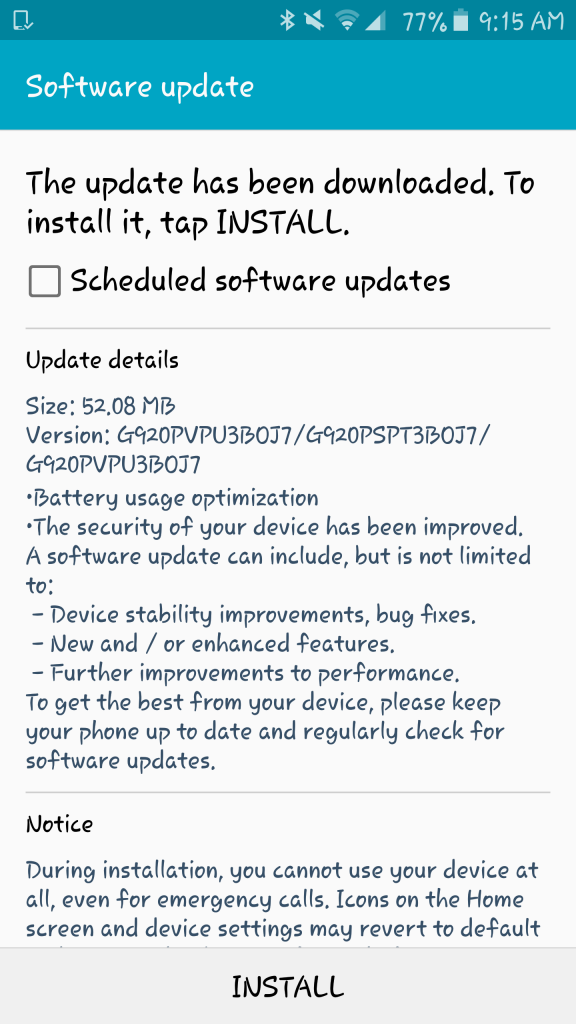 As of writing this article, we actually received an update notification on a Galaxy S6 (Sprint) that appears to be the security update Samsung mentioned. If you have a Galaxy S6, S6 Edge, Note 5, or S6 Edge+, you may be receiving the same update in the next few days. While security issues are a big deal to many users, it is good to see that Samsung is working to address them as quickly as possible.