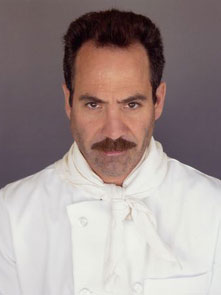 If you are still rocking a G1 handset, you are probably used to hearing “NO SOUP FOR YOU!” when it comes to getting an update for your “ancient” phone.  You have probably already either rooted and used Cyanogen, or you have been waiting patiently with your stock device, hoping that Google would see the light of day and give the early adopters who jumped at the first Android phone some love.

The guys over at Android Police may have some good news for you, as they have a reporter attending Google I/O, and had some conversations regarding whether or not the G1 will see the Froyo update, check out their article for the full rundown.

The article reports that the reporter had a convo with some of the people who are working on Android at Google, when he asked them about the G1, the response he got was that, “Froyo will technically run on any Android phone on the market today.”  Along with that, there were some rumors passed along that Google had some test builds of Froyo floating around the Googleplex for testing purposes.  The reporter was told that the builds were FAST, and written with the slower processor and memory in mind.

To cap it all off, the Android people said that they had no doubt that Cyanogen would be successful in porting Froyo to the G1 sometime in the future since he has solved the issue of memory in the G1.  There simply is not enough memory in the handset to support the new builds, but Cyanogen solves that with partitioning and some other magic he weaves.

Now that Cyanogen has ported 2.1 over to my G1, I am waiting to see if he will do the same to Froyo.  Even better for us G1 users?  That Google will bring some love to us early users of the Android platform as a way of saying thanks.