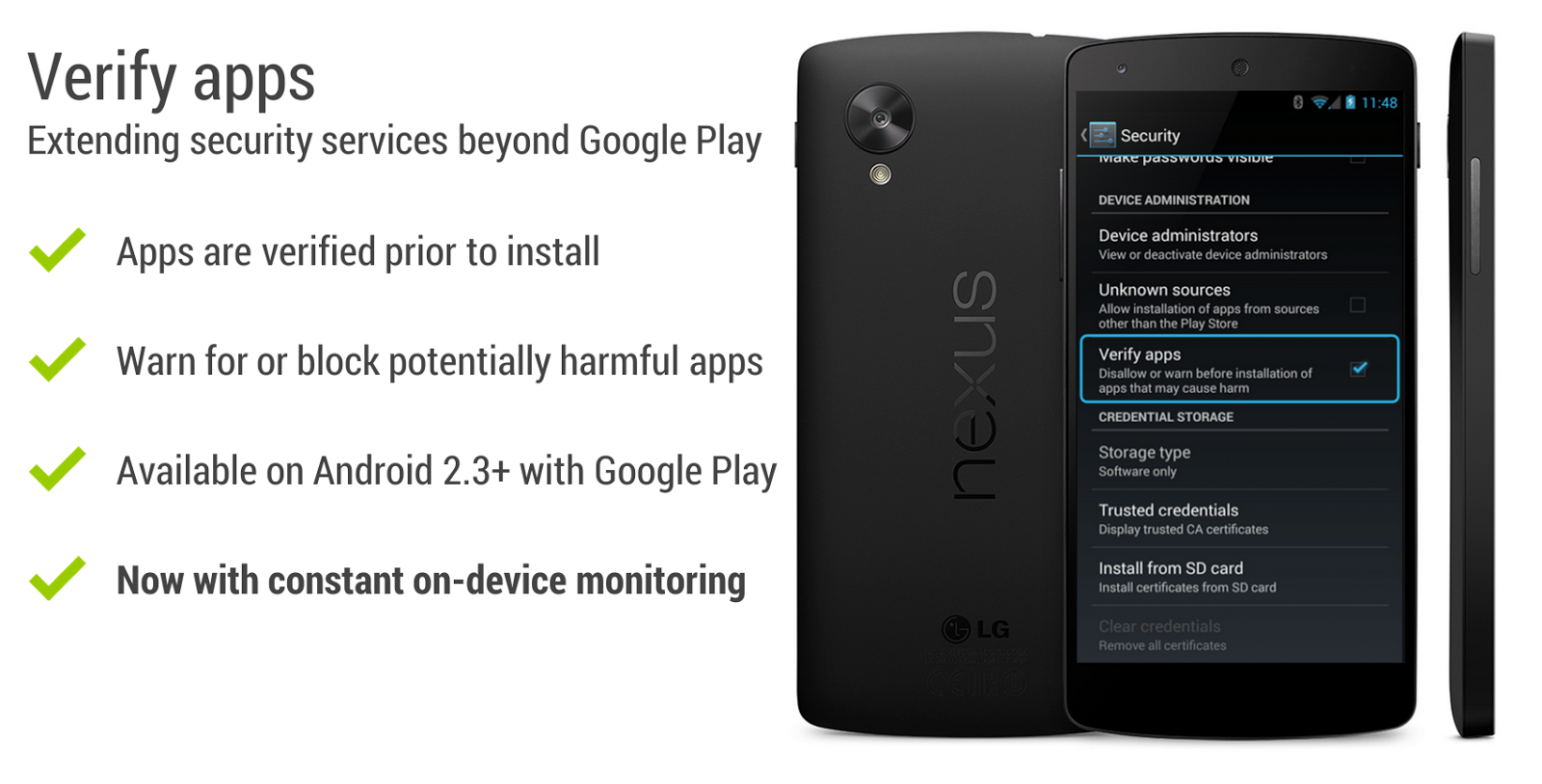 Google has pushed one step closer to cracking down on the number of malicious applications that make it onto our handsets by implementing the Verify Apps service.

Google offers a built-in service layer that offers protection to your device and Google are now building on this with Verify Apps.

Whilst Verify Apps already protects again malicious code when people are installing apps, Google are rolling out an enhancement which means they will continually check devices to make sure the apps are behaving in a safe manner, even after installation.

Google expects users will never see the warning banner which Verify Apps would flag as a malicious app, and in fact they say fewer than 0.18% of installs last year occurred after someone received the warning banner.

Proactive scanning for malicious apps on Android is definitely a welcome addition to build on the security of Google’s operating system.