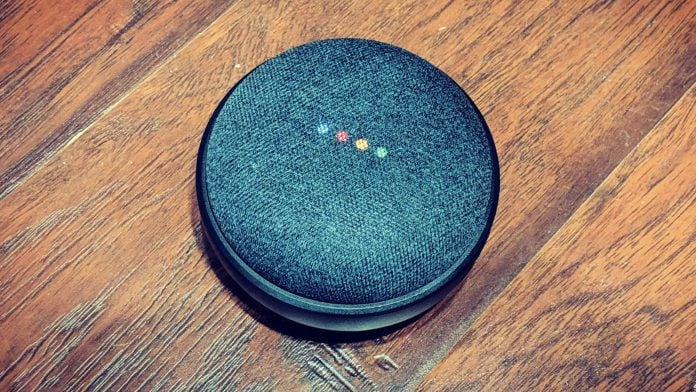 At last night’s Western Conference Finals game between the Golden State Warriors and Portland Trailblazers, Google made a ton of fans very happy. They gave one lucky fan a chance to sink a half-court shot to send all of the 19,000+ fans in attendance home with a Google Home Mini, but what fans didn’t expect is that if he missed, they’d still get their assistant-enabled speaker too. And that they did.

The giveaway was the largest and most expensive sports giveaway in Google’s history. It was designed to draw attention to the search giant’s new Nest branding for its smart home products and to highlight just how powerful the speakers can be. Performing everything from simple tasks like telling you how to spell words to setting timers, casting media to cast-enable TVs and playing music, the Google Home Mini has become a go-to for people looking for cheap smart home speakers. At just a touch under $50, it’s really a steal.

Google Home review: After nearly two years, is it still worth it?

But, there was a second surprise in store for fans as well. When they activated their free speakers, they were also entered into a drawing for free Warriors tickets. The Warriors are currently in the middle of a dynasty phase and come as one of the hottest tickets in the NBA. Next year, they’ll be moving into their new stadium where ticket prices promise to be even higher than the current Oracle arena. It’s a helluva giveaway.

So, why did Google do this? The company says it wants to thank fans for being awesome. It obviously also wants to show off what a little speaker can do to change the lives of all those who interact with it. If you want to see just what Google Assistant and Google Home speakers can do, check out these articles next:

If you want to pick up your own Google Home Mini, hit the button below.

Get the Google Home Mini