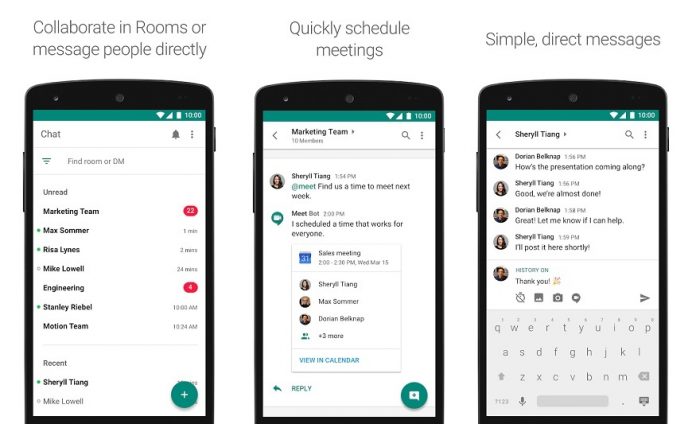 Slack is one of the most widely used messaging apps for teams that work remote or in large corporations. It’s also a service that’s seeing increased competition these days. Google, for example, this week launched its own Slack alternative called Hangouts Chat.

The app was originally announced exactly a year ago in March and was first offered via an Early Adopter Program. Well, Hangouts Chat is now out of beta and available as a core feature of G Suite.

Google hopes Hangouts Chat will make you forget about Slack

To avoid confusion, Hangouts Chat is a separate entity from Hangouts Meet, a video meeting app that aims to make joining meeting effortless. However, the two apps are compatible with one another. So teams can easily transition from a conversation in Chat to a video conference in Meet. 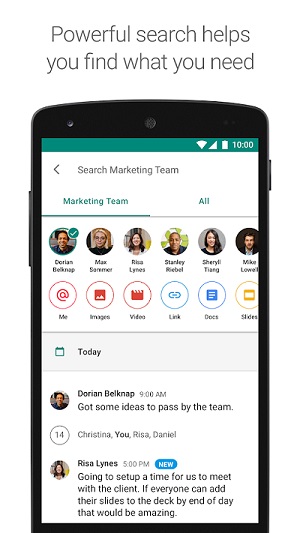 Google is betting on AI to differentiate Hangouts Chat from the competition. The search giant notes that users can speed up manual works by using artificial intelligence to book conference rooms or search for files.

This being the age of chatbots, Hangouts Chat also comes with support for bots. For example, @Meet will schedule meetings for you, while @Google Drive will alert you when new files are shared or requested. 25 third-party bots will be available at launch too including ones from Xero, Freshdesk, Trello, Zenefits and more. 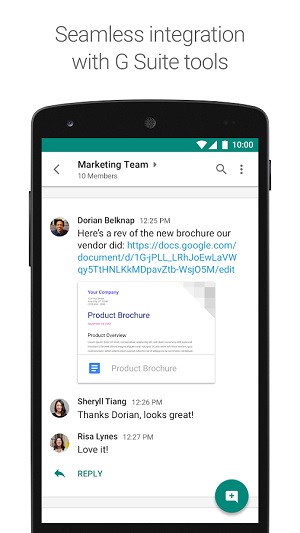 Hangouts Chat is available for free for companies already paying for a G Suite plan. So if you’re a G Suite user, you should expect to expect to see the app roll out in the next few days.

The app is available for Android, iOS, Windows, and Mac.