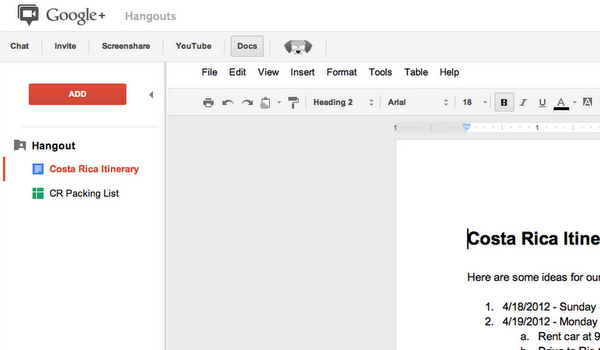 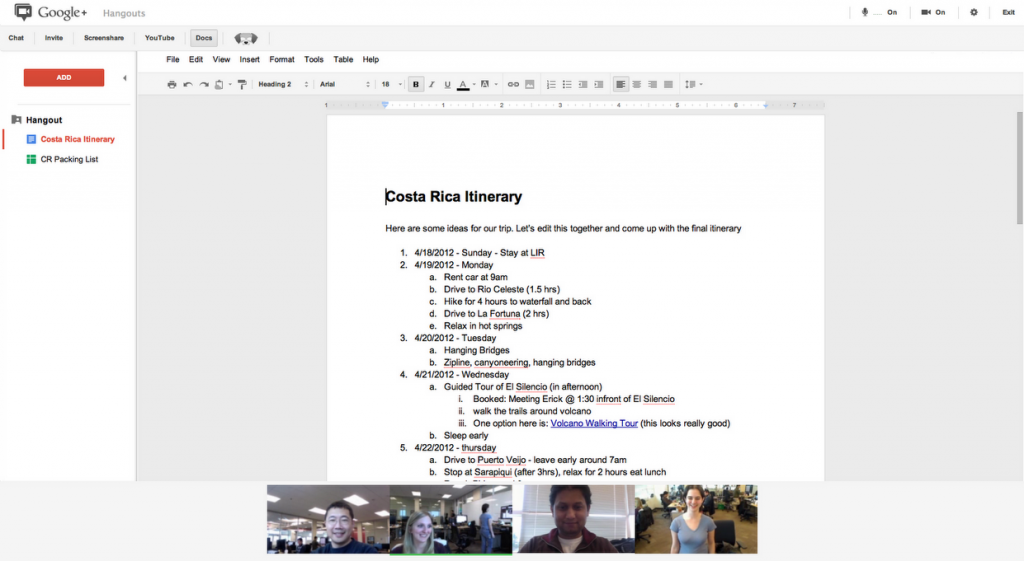 Google’s Hangouts feature on Google+ has been much lauded, bringing the first video conference integration with social networking (Facebook jumped on the bandwagon soon after, of course). The service has been used by celebrities to talk to fans, business users to collaborate, and friends to, well, be friendly. Google hasn’t skimped on the service since its release either, offering several updates to enhance it, the latest of which adds a good tool for business users.

Google Docs can now be shared and collaborated upon in Hangouts, giving a great option for those that have issues meeting face to face. With a feature already added for sharing your desktop during conferences, Google is doing an excellent job of making Hangouts actually useful. And Facebook’s video service? Well… I can see my sister’s new gerbil. I’d say that speaks for itself.