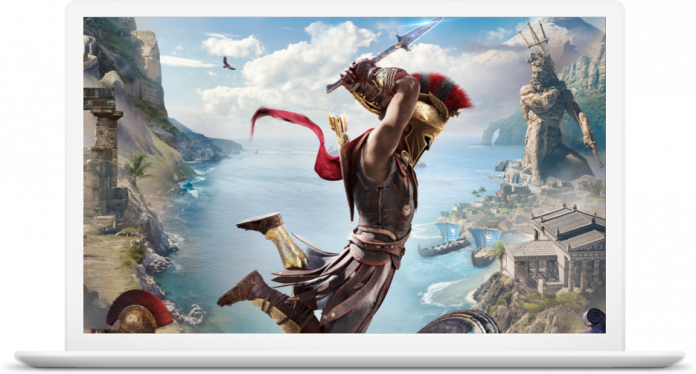 Last week Google announced its very first test for Project Stream, its new venture into streaming games. This will be the first time they have opened up Project Stream to the public. In order to really make a splash and show off what Project Stream is capable of, they partnered with Ubisoft to test it with their brand new title Assassin’s Creed Odyssey.

Odyssey is the next game in the Assassin’s Creed series with stunning graphics and a large scale world. Way to swing for the fences with your very first test of a new service. To be one of the first to try out Project Stream and Assassin’s Creed Odyssey Google posted sign up form last week. It appears invites are now going out and people are getting their first taste of Project Stream.

In essence, what Project Stream does is render games on Google’s own servers and stream the video to you much like streaming a movie. Only this is much more complicated as rendering games takes much more processing power on Google’s end. Not to mention, reacting to commands from your keyboard or controller with minimal latency and lag adds a whole new level of difficulty.

Since Google’s computers are doing all the heavy lifting processing the game on their end, it means you can run the game with minimal hardware on your end. Negating the need for the high cost of a powerful computer, requiring only a browser to play a graphically intensive game.

Project Stream doesn’t come without some caveats though. First, it requires a 25mbit internet connection, you will need the Chrome browser, it can only be used in certain areas of the US at this time, and the test ends in mid-January. Some good news is that it runs at 1080p 60fps and allows you to use either a keyboard or controller to game with.

I signed up myself last week but unfortunately, my inbox is empty. It is not unlike Google to roll out in stages, however. So I’m still hopeful the email is on its way. If you signed up and got an invite, let us know in the comments how it’s running for you.