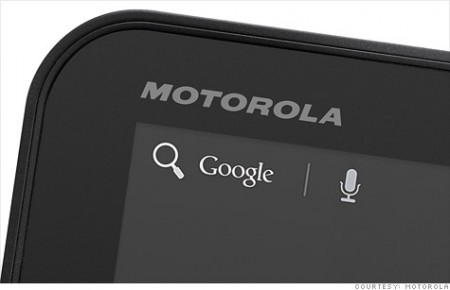 Way back in September of 2005, Motorola came out with a bold new cellular telephone that could, in fact, sync with your Apple iTunes account.  This auspicious device was dubbed the Motorola ROKR-E1.  At the time it came with a mind blowing 512MB upgradeable SD card that could hold one-hundred of your Top 100.  Then it died a quick death in the face of Apple releasing the iPod Nano.  Other than the wildly popular and ubiquitous RAZR V3, released in 2004, Motorola had not had a major hit in a very long time.

Try as they did with their “roll your own” versions of mobile Linux OS’s that were found from the RAZR to the Zine ZN5, and the modest hit found in the Motorola Q with Microsoft’s Windows Mobile 5, Motorola could not seem to get their proverbial groove back…that is, until they found Android.  On November, 2009, the Droid 1 came in the guise of the perfect storm: Motorola, Android, and Verizon.  And on that very day I walked into my local neighborhood VZW store and purchased the phone that would get Motorola back on the bumpy road to recovery but also to yesterday’s ground breaking announcement.

Per the above graph there was a serious hockey stick in Android activations and growth when we were invaded by the Droid(s).  This growth was engineered by a once, great American success story of innovation and technology as a few years ago Motorola was being broken up and being portioned out for a possible fire sale for patents and…patents.  They seemingly had nowhere to go but up as their past glory faded with the RAZR and most of the 2000’s.  Even more than HTC and Samsung, Motorola needed a stable platform to provide a consistent UI and UX, but much to the chagrin of the Android faithful that UI came in the form of MOTOBLUR.  But UI hiccups aside, they may have found match made in Technology heaven in Google.

As we all know, Google has had many successes but also just as many failures, and high profile ones at that on both sides.  Google makes no bones about proliferating Search by the way of Android and its native apps.  But what they haven’t been able to do is control supply side economics for scaling hardware and handsets and managing a global supply chain that can change by the hour.  The Nexus devices have been curious science project exhibits but have yet to change the way we think about buying mobile devices, not to mention, the carriers still have the veto power to support the Nexus line and this experience has been uneven at best.

So with Motorola’s thousands of current and past patents and future ones to be had, Google will have to be a dominant market player who needs to be aggressive in establishing an Alpha brand.  But at the same time compete in a global market with HTC/LG/Samsung and a slew of tablet manufacturers to ensure that Android remains a consistent, stable, unfragmented, courtroom-free, and beautiful UI.  And that’s just the competition from other Android ODM’s.  Even with the recent bad press, RIM is still baking their QNX platform, Nokia is ramping with WP7, and Apple shows now signs of slowing down as the iPhone 5 rumor is as weighty as an actual released device.

And with all this Google is still not guaranteed any long term success for their $12.5 billion investment, but I am sure many of us will be watching with bated breath.