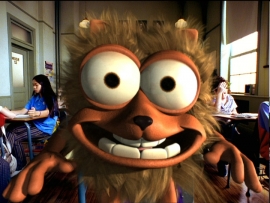 All of us Honeycomb maniacs are going to have to wait awhile for our favorite community developers to get their hands on the Honeycomb source from Google.  Businessweek reported yesterday that Google is going to be holding back the source code for Honeycomb due to the fact that it is tailored specifically for tablets, and is not ready to be customized and put on handsets.  A quote from the Businessweek article:

Google says it will delay the distribution of its newest Android source code, dubbed Honeycomb, at least for the foreseeable future. The search giant says the software, which is tailored specifically for tablet computers that compete against Apple’s iPad, is not yet ready to be altered by outside programmers and customized for other devices, such as phones.

The move by Google, while disconcerting, is not surprising. The question being raised by the community, and really by everyone, is that if Google calls Android “open source”, can they really hold back the source code? One proposed answer is that because Android is licensed under Apache 2.0, they don’t have to open up their work right away. Check out this article talking about this fact way back in 2007.

Engadget also received a statement from Google, which backs up the Businessweek report:

Android 3.0, Honeycomb, was designed from the ground up for devices with larger screen sizes and improves on Android favorites such as widgets, multi-tasking, browsing, notifications and customization. While we’re excited to offer these new features to Android tablets, we have more work to do before we can deliver them to other device types including phones. Until then, we’ve decided not to release Honeycomb to open source. We’re committed to providing Android as an open platform across many device types and will publish the source as soon as it’s ready.

Upon reading the above statement, it does make sense that Google wants to hold the Honeycomb experience off for awhile until it can be used on handsets. Several community devs have said in passing before this event that Honeycomb is not meant for handsets, and trying to port it over is a waste of time at this point since there are so many other compelling devices to work with. Whatever side you fall on, the idea that Google is holding something back to make it better is one that we are going to have to live with!