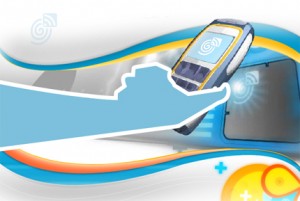 Google is rumored to be working with VeriFone Systems on a deal that will see thousands of special cash registers installed across major markets such as New York, Washington DC, and Chicago. These point of sale systems will be designed to handle mobile payments from devices that offer an NFC (near-field-communication) chip and could replace cash or credit cards. The Samsung Nexus S was the first Android phone to feature an NFC chip however that technology will slowly find itself becoming an industry standard.

The payment system test is slated to begin within four months but neither Google nor VeriFone are commenting on the subject.  One of the great things about NFC is the ability to layer data on top of itself, providing loyalty cards, instant coupons, and rewards credit all at once. One scan of the phone and not only will you have paid for that morning coffee but you’ll also have earned loyalty points and credit towards a reward from your bank.  Maybe even checking you into Facebook Places at the same time.