Since then we haven’t heard much of Android Go, but this week Google finally unveiled Android Oreo (Go edition) as part of the Android 8.1 rollout which is expected to start today. 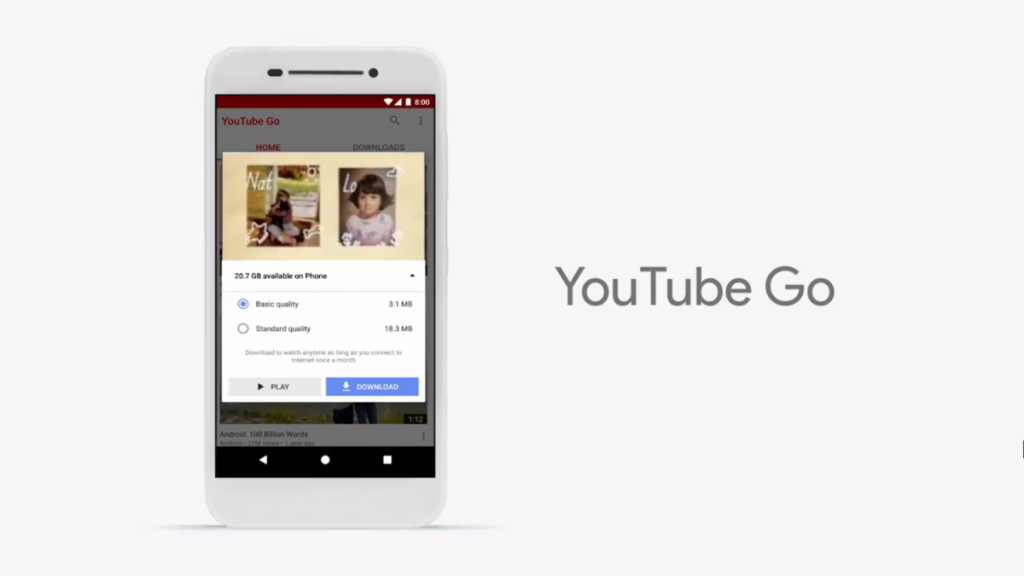 Android Oreo (Go edition) is made up of three parts: the operating system per-se, Google apps, and the Play Store. Google optimized the operating system by employing data management features and built-in security tools in order to deliver performance and storage improvements.

Android Oreo (Go edition) has been fine-tuned for speed and reliability, so the average app will run 15% faster on the devices taking advantage of this light-weight OS. Since entry-level devices usually come equipped with very little storage space, Google made sure to optimize Android Oreo (Go edition), as well as the pre-installed apps to take up to 50% less space on the handsets.

Speaking of which, Android Oreo (Go edition) is expected to arrive with a total of nine apps pre-installed including Google Go, Google Assistant Go, YouTube Go, Google Maps Go, Gmail Go, Gboard, Google Play, Chrome, and Files Go. As explained above, these apps have been optimized to take up as little space as possible. Case in point, Google Go weights under 5MB. 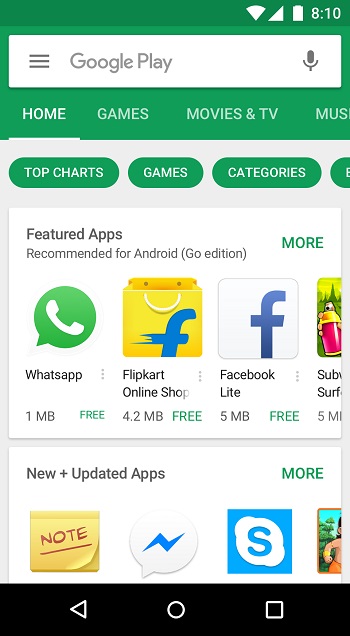 Furthermore, the Google Play Store in Android Oreo (Go edition) contains a special section in which users will be able to find recommended apps for entry-level devices such as theirs. Yet, the Store will also give access to regular apps.

Google has also thought of helping you save data, by baking in features that block background data usage across apps or tools such as Data Saver in Chrome.

In the announcement post, Google also notes that devices running the new software will make a debut on the market in the coming months, although no other details on the matter were provided.