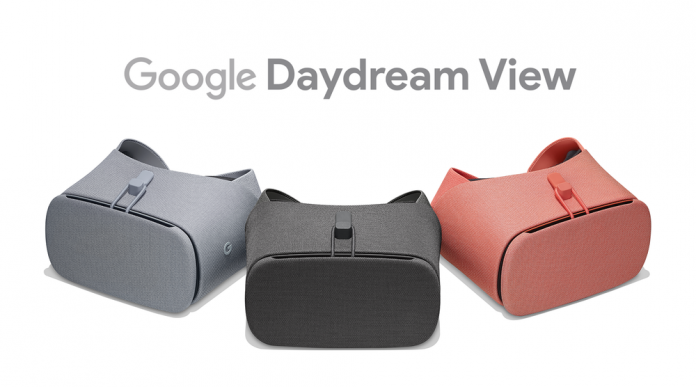 During the Pixel 2 launch event, Google also unveiled a new Daydream View headset, which like last year’s iteration arrives all wrapped in fabric. Well this year, customers will get to choose from more color options including Charcoal, Fog, and Coral.

The new Daydream View headset will be offered for the price of $99, which is slightly more expensive than last year’s $79 model, but there are a few reasons for this price upgrade.

You see this year Google has added a controller, as well as a removable head strap. The headset is also now capable of offering a wider field of view. It measures 6.6 x 4.6 x 3.9 inches and weighs 9.2 ounces.

At launch, the new Daydream View headset will be compatible with certain Daydream-certified Android phones including the new Pixel 2 models, Samsung Galaxy S8 and S8+, Samsung Galaxy Note 8, Motorola Moto Z and Moto Z2. You can check out the full list here.

The new Daydream View headset will be launched in 11 countries including US, Canada, and the UK. In the States (but also in the UK and Korea) anyone who buys a View before the year comes to an end will get a free bundle of popular games with the purchase.

Last month, Google launched ARCore, an augmented reality development platform for Android, which replaced Tango – the company’s previous AR project. Now, Google is previewing new ARCore experiences alongside its partners. For example, Houzz is using ARCore to let users see how different pieces of furniture fit in their living spaces. Users will also be able to watch League of Legends gameplay through an AR map, while LEGO is allowing fans to build virtual models.

Moreover, the search giant has also announced a new feature called AR stickers which lets users add virtual emojis to their images. Partners like YouTube, NBA, Stranger Things, Star Wars or Saturday Night are also developing their own crop of AR stickers. This will be exclusive to Pixel phones for the time being.