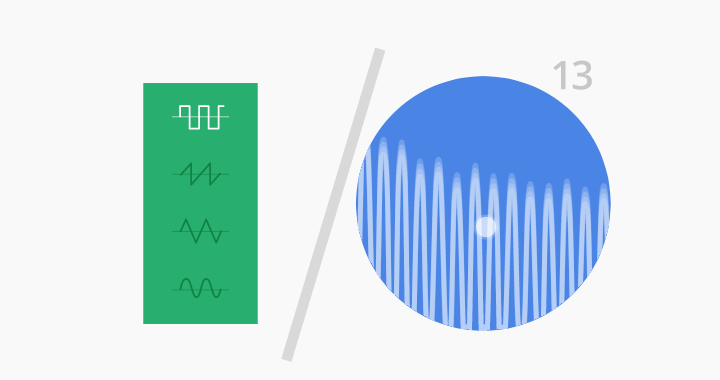 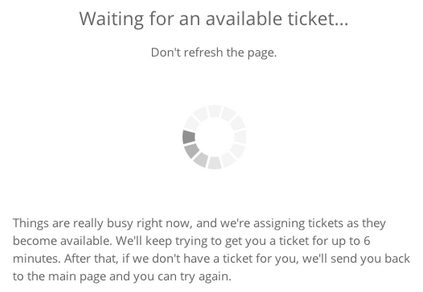 As if you might have expected anything else, Google I/O 2013 has sold out in a matter of minutes. How many minutes this time? Well, so far our unofficial report is that took only 45 minutes. To put that into perspective, let’s frame it against the last few years and the time it took to accomplish the feat.

Yes, it does seem that it took longer to sell 5,000 tickets to Google I/O 2013 than it did last year!  Ohnoes, Android developer interest has fallen off!

On the other hand, we saw plenty of reports from users getting that “wait” screen above just a matter of minutes into the registration period. We also heard from a number of you who waited the entire six minutes only to do it all over again. Google Wallet issues also seem to be pretty popular this morning.

Until we hear officially (if we do), we’ll likely see conflicting reports as to how long it truly took.

At $900 a ticket, the 3-day  event has become quite the draw for Android developers. Maybe it’s the chance to rub elbows with like-minded individuals, maybe it’s the sandbox sessions and hands-on time. Maybe it’s the “freebies”; past gifts include HTC Ion, HTC Evo 4G, Samsung Galaxy Tab 10.1, Samsung Chromebox, Samsung Chromebook, Nexus 4, Nexus Q, and Nexus 7.  Whatever the reason, the conference has grown in popularity and seems to be matching Android’s draw.

No ticket for you?

If you’re an Android developer who finds themselves in the unenviable position of not having a ticket, you can keep up with all things Google IO online. The Google+ page and YouTube channels are great ways to stay connected so definitely bookmark those.