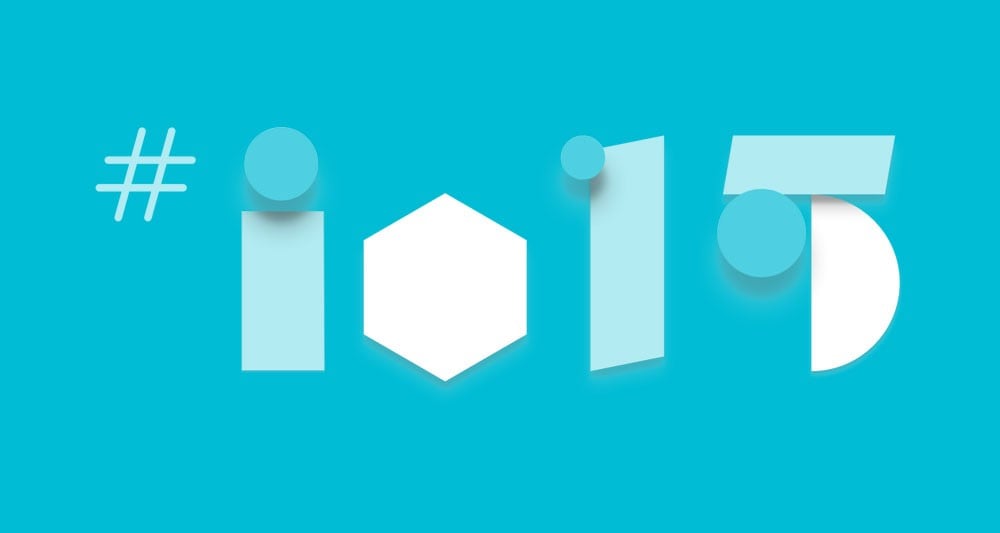 Unless you were residing under a rock last week, you are surely now aware of last week’s yearly developer conference, Google I/O. Well, in case you happened to not be available, or need a place to catch up on everything that was announced or talked about, AndroidGuys is here to save the day. From Android M to new Developer Tools and the new Photos service, there was surely a lot that was covered during the Google-fest, known as Google I/O 2015.

While this didn’t come as a surprise to many, Google decided to show off their latest iteration of Android, to the world. Android Lollipop, announced and released last year, obviously brought the Material Design UI design change to the forefront. Android M, because Google did NOT announce the name of the latest version, seems to bring a slew of additional features to the forefront. It may seem like an incremental update at first, but rest assured, there are more than a few changes that can be found with Android M.

The first big change announced was the addition of Granular Permissions with apps across the whole OS. What this means is that you will be able to approve or deny any permissions that a specific app may need to use in order to function correctly, or want the ability to use. Currently, users agree to all the permissions necessary for an app to be installed, upon installation from the Google Play Store. Whoever reads all those, every time you download an app, is a brave soul. I literally equate it to reading the terms and conditions of downloading any type of software update from Apple. TLDR.

Something to note in regards to these permissions changes, is that Google is paving the way for developers to build their apps that still work, even if a user denies any specific permissions request within the app. That’s a nice little touch to ensure that your apps will all still work even if you deny permissions.

Everybody complains about battery life, regardless of what device you are using. iOS or Android. Well with Android M, Google is bringing a new feature known as Doze Mode, which is essentially puts your phone into a deeper sleep mode than what is currently available. No worries, Google still thought about the fact that you are expecting to receive notifications and such throughout the day, so those will still come through as normal. Google is claiming that Doze Mode could increase the battery life of a device, two-fold. Doubled the battery life, without having a bigger battery, is an interesting concept, so it will be interesting to see how it works in RL.

This seems to be the year of USB Type C, with Apple introducing the MacBook, which has only the USB Type C port on it. The latest rendition of the ChromeBook Pixel also has two USB Type C ports on it, so why not introduce this technology on our mobile devices. Well Google did just that today. While they didn’t mention any devices that will include the USB Type C charging port, Google still explained what this will mean when an Android device is released with this new charging port.

Imagine this. You need to charge your phone up, but all you have is your tablet. (Of course this is a hypothetical situation, just stick with me here.) You remember that you got both of these awesome devices from Google and they both have USB Type C. So you plug the USB to USB from your tablet into your phone, and boom. Your phone is now charging. Well that’s what the introduction of USB Type C brings to the table now. On top of the fact that our Android devices will FINALLY have a reversible cable, reducing the frustration in trying to stick it in the right way.

Similar to Apple Pay, Android Pay will be built right in to the OS, so that you can get up and running right away, out of the box. Google was also to gain support from Verizon, AT&T, and T-Mobile to allow Android Pay to be installed, without restrictions, right out of the box.

As for stores that are on board, Google announced that there are over 700,000 retailers that Android Pay will be accepted, across the US. Essentially, Android Pay will be supported wherever you can find an NFC payment station at your retailer of choice.

Google is also building into Android M, the ability to “Buy with Android Pay”, which will allow users to pay just by tapping the icon, and your items will be instantly paid for through the credit/debit card that is attached to your Android Pay account.

Any apps that will be installed on devices running Android M, will automatically back up to Google’s cloud. This was introduced so that you can have your apps backed up and ready to go whenever you switch to a new device, or perform a full-wipe on your device. I can find this extremely useful for us geeks that switch phones like we change socks, but also for those clumsy one’s who need go through phones like diapers.

The Android M Developer Preview was made available a few hours after the keynote had ended. It is compatible with the Nexus 5, 6, 9 and Nexus Player. We can expect to see Android M fully released in Q3 of this year, while there is a road-map to give users an idea of when to expect the next versions of the Developer Preview.

Before getting into the smaller announcements from yesterday’s event, let’s get into the other big announcement from the Google I/O 2015 keynote. Google Photos. It’s finally here, and you can expect to see a slew of articles claiming that this is the beginning of the end for Google+, but we know differently. Of course, the redesigned Google Photos isn’t anything that we didn’t already know about, but now we can finally play around with the features. The big feature, for me at least, was the cross-syncing between Android, the Web, and iOS.

Bundled with unlimited storage, Google is touting Google Photos as a backup service, more than anything else. However, there is a catch for that. Your photos will have a 16 Megapixel cap, and videos will have to be uploaded at 1080p or lower. There is an option, upon start up, to use your Google Drive storage capacity, which is nice if you have boat loads of extra storage sitting around, but the “unlimited storage” option will be just fine for most.

Depending upon how granular you get with your photo organization, things can be pretty rough sometimes. Google Photos is hoping to help out with some of that, by being able recognize and categorize your photos automatically for you. Photos will be able to identify people, places, landscapes, food, and will categorize those photos for you automatically. While Photos seems to walk the walk, it’s only a matter of time before we know if it can talk the talk.

Users can access their photos across the web, iOS, and Android, so that you have a copy of your favorite pictures, no matter where you’re at. If you want to share one of those photos, you will be able to pull up the sharing menu, and be able to get a link specific to the picture that you are attempting to share.

Another feature announced with Google Photos is your new Assistant. Nope, not a Google Now replacement, or anything like that. Instead, think of it as a modified version of Auto-Awesome for Google+. Your Assistant will help you create albums, custom stories, or movies, and what makes this even better, is that you don’t have to wait for Auto-Awesome to do its thing. You can make these adjustments to your photos, yourself.

Obviously these are just some of the many changes and announcements that Google brought to the Android world at Google I/O 2015. What are some of your favorite announcements? Was it the separation of Google Photos from Google+? Or was it the announcement of Android M and the release of the first batch of Developer Previews? Let us know what you think about everything in the comments below.