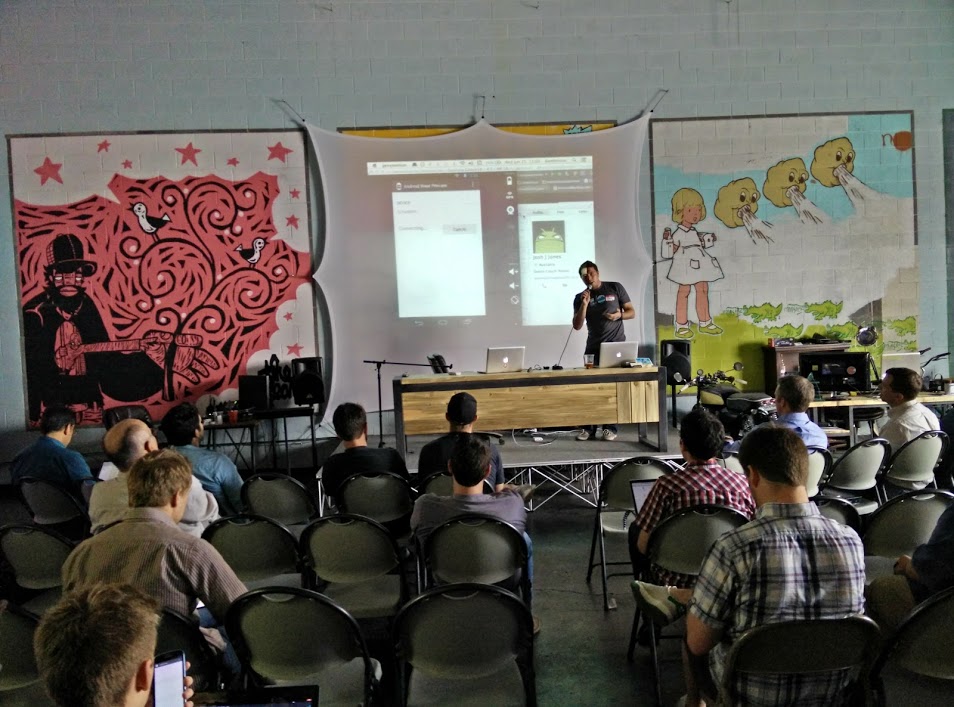 While we all wish we could go to Google I/O in San Francisco to see it in person and score some awesome swag, it’s not possible with the limited number of tickets and high cost.

In past years, I was joining just about everyone that couldn’t make it to the event while streaming it from home, but this year I had the opportunity to attend two Google I/O Extended events, one in Denver and one in Boulder. The events were just two of the hundreds all around the world and were essentially a streaming event with food, prizes and more.

The first that I went to was the Denver event, where I watched the keynote from and it was setup by a group of people, including Mark Scheel, a Denver-based developer who founded and is the president of Digital Construction, a software consultancy. Scheel is also the Android Platform Lead at a successful Denver area app company, whose primary product is a medical consumer app that will pass 5 million Android downloads from the Google Play store in 2014 and he wrote the book “Software Development for Google Glass.” 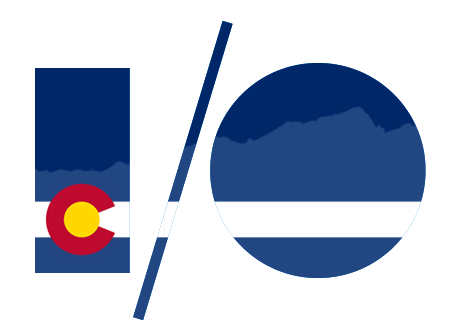 Scheel said Tuesday that about 70 people registered for Google I/O Extended Denver. Tickets were sold for between $10 and $20, depending on when you bought them.

“Last year I went to the I/O Extended event in San Francisco and saw what a cool event it was. I was really surprised with the excitement for it. We sold out way ahead of time.”

Separating itself from the others, the Denver event also had a semi-working Android Wear device. Scheel said they were “pretty confident” they were the only I/O Extended event in the country with an actual Wear device. The device was a smartwatch imported from China that was hacked to run the SDK.preview.

Google I/O Extended Denver included two guest speakers, Dan Ambrisco who talked about the Android Wear SDK and Therese Pocrnick, who presented “Confessions of an Agile Coach.” Ambrisco not only talked about how to get the SDK up and running, but also about how apps should be designed for Android Wear devices and showed off a Wearable Speedometer smartwatch app. 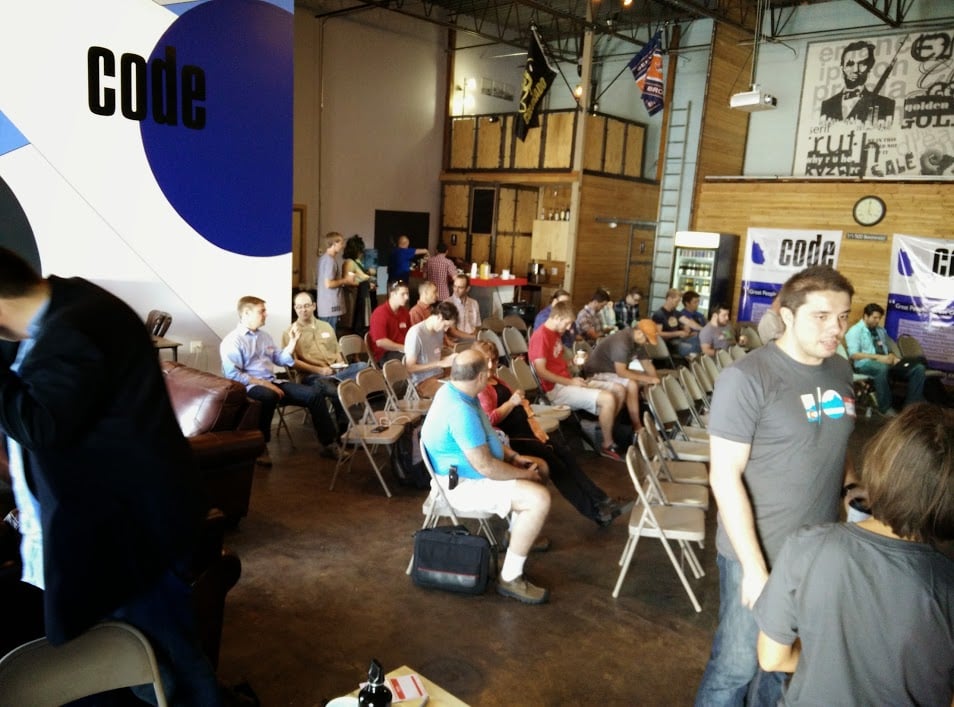 With the hacked Android Wear device, Ambrisco was able to show off how to navigate around the IU, but said it couldn’t do much else.

Along with live streaming of the I/O and the presentations, there was also breakfast and lunch for all attendees, including local soda and craft beer, and a raffle to chance off a Chromebook, Sphero robotic balls, Chromecasts, $500 Google Cloud credit, t-shirts, water bottles, signed Google Glass books and more.

Among the many sponsors for the event were iTriage, GDG Northern Colorado and Google.

In the afternoon, I headed back to Boulder (where I live) and was able to check out Google I/O Extended Boulder. This free event, which required a ticket through Eventbrite, was held at the Google Boulder office and kicked off around 9 a.m. While it was primarily a streaming event as well, there were also tours of the office given and some quizzes that attendees could take to win prizes. The prizes were similar to those seen at the Denver event and included a Chromebook, Chromecast, Nexus 7 and a Google messenger bag filled with other goodies. Breakfast and lunch were provided as well as some appetizers and drinks at an evening reception where attendees could meet some Googlers.

Overall, it was an enjoyable day and if you ever get the chance to attend an I/O Extended event if you can’t make it to San Francisco, it’s definitely a worthwhile experience.

Check out video below of the speakers. I apologize that it’s not the best quality and part of the second speaker got cut off.