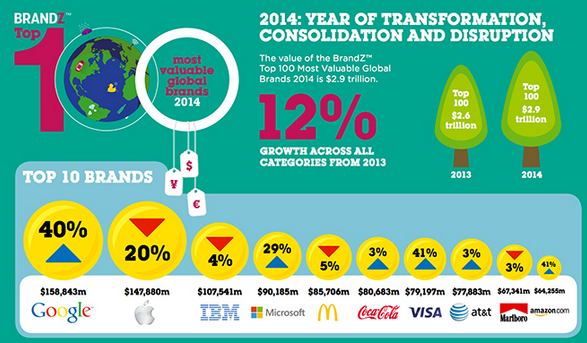 Google became the most valuable brand in the world by leaping over Apple, at least according to Millward Brown’s 2014 100 Top BrandZ report. According to them Google had a 40% increase in value and is now valued at nearly $158.9 billion. Google Glass (which is in open beta now) certainly had something to do with that revenue bump.

Apple is not worth approximately $147.9 billion and according to Millward Brown they had a decrease of 20%, unlike Google. This could change when the iWatch and the larger iPhone hit the market though, considering they didn’t already, that might have something to do with the decrease in value.