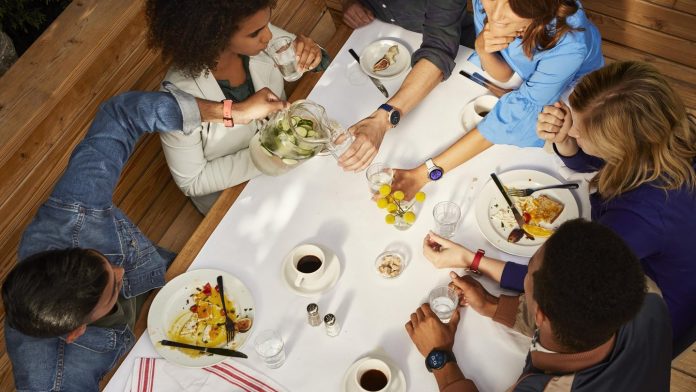 Google today formally announced that Android Wear 2.0 is now available to device makers and consumers. First teased at Google I/0 2016, the wearable platform had been subject to multiple preview releases since last May.

Android Wear improves upon its earlier release in a variety of ways. Most notably, the platform lets apps run directly on a wearable without need to stay connected to a nearby phone. Moreover, the platform now supports LTE connections, opening the door to more watches with standalone service.

Android Wear 2.0 also supports an on-watch Google Play Store. Indeed, it is possible in some models to install apps and use them totally independent of a phone.

Additional features in Android Wear 2.0 include a circular interface, swipe-to-dismiss, one-click Google sign-in, and enhanced complications. Watches faces can now show data and details from other apps, including fitness information.

Messaging is also improved in Android Wear 2.0 thanks to better handwriting recognition, an on-device keyboard, and voice controls.

Last, but certainly not least, the updated version of Android Wear brings about Google Assistant. Previously available on the Pixel phones and Google Home, it lets wears say, “Okay, Google” to perform voice-based searches and queries.

Make a restaurant reservation or navigate to work. You can even update your shopping list right from your wrist.

Android Wear 2.0 ships with a handful of new watches, including the LG Watch Sport and Watch Style. Further, Verizon is the exclusive provider of the Wear24, another model powered by the new release. Looking ahead, Google plans to push software updates to a number of current watches powered by Android Wear.