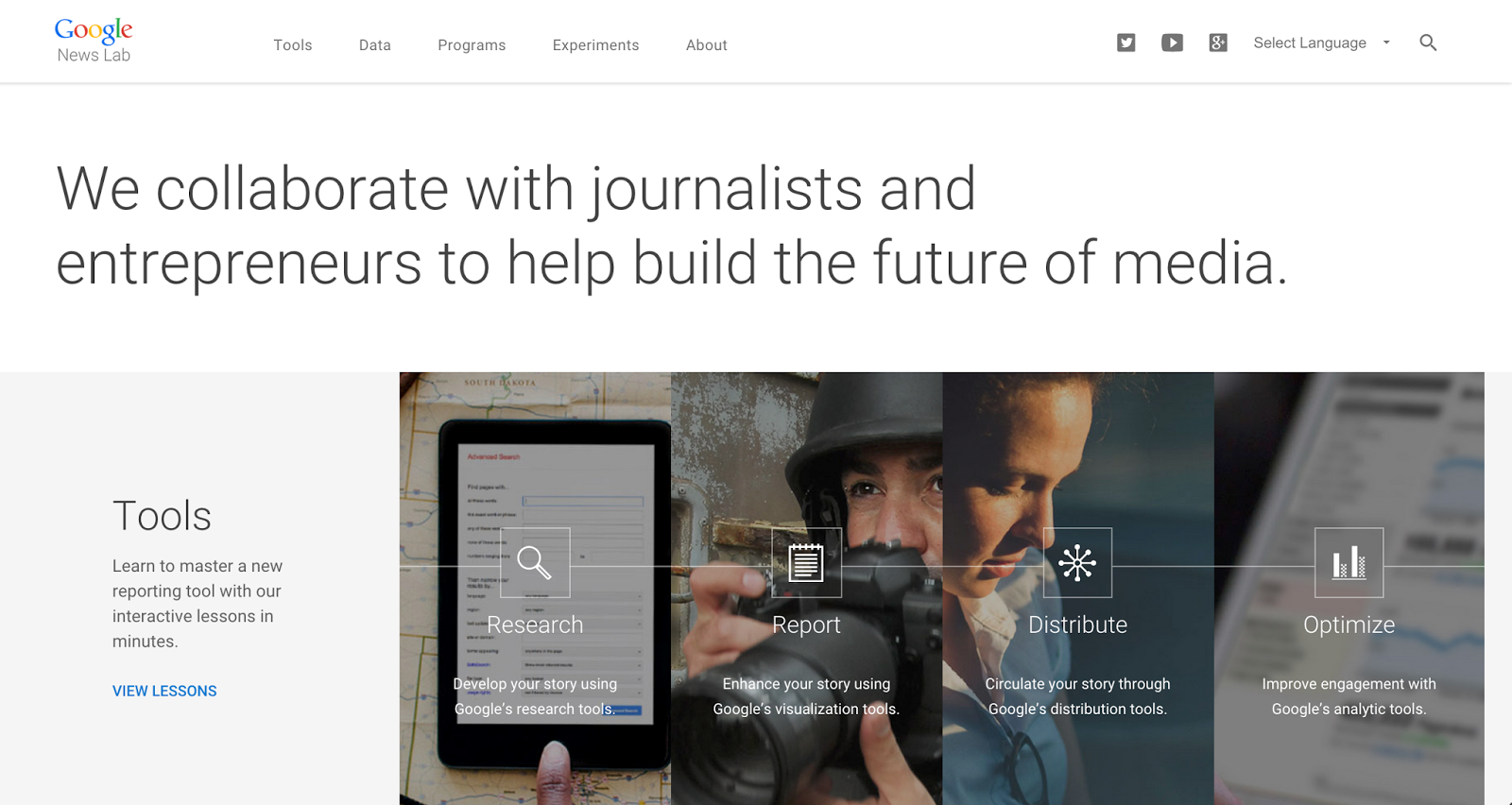 To the average user, it seems Google is all about services integration. Android is a great example of this. The platform integrates seamlessly with the Goog’s product ecosystem. For the consumer side of things, this has been the search giant’s bread and butter for the better part of a decade. The real money, however, is in the enterprise. There are a plethora of Google business services, and depending on who you talk to, none are quite as good as their competitor. Google apps for business is great, and in full disclosure this article is being written in Google Docs. Unfortunately, for companies that do business on a large scale, Microsoft Office has been king. Google Compute Engine is a marvel of modern computer science, but Amazon Web Services has been able to boast some of the industry’s biggest customers (think Netflix). Where Google has seen the most success, is when it has been able to couple the engineering part of its brain with truly innovative and exciting ideas. Google News is a great product that has been around for sometime, but there hasn’t been an urgent need to create an enterprise ready platform for journalists and other media outlets. The focus has been on the consumer.

Enter:  Google News Lab. The idea behind this new project is to allow Google to “…collaborate with journalists and entrepreneurs to help build the future of media.” The folks in Mountain view plan to do this by connecting the various Google services and applications directly with journalists and media outlets. The first of these is Youtube Newswire, a feed of aggregated content of the day’s news on the web’s #1 video site. With integration of reporting into other apps like Earth and Maps, Google is positioning itself to be the premier location for new media journalists.