Google Stadia, the company’s ambitious play for the gaming industry, launches in November and will be offered in both free and paid versions. Ahead of that, however, Google has already started selling a bundle for anxious gamers.

The Stadia Founder’s Edition is a $130 bundle that includes a controller, Chromecast Ultra, and three-month gaming passes for you and friend. According to Google this is valued at nearly $300.

Stadia Base and Stadia Pro

Google Stadia will be available in Base (free) and Pro ($9.99) versions. Unfortunately, we’ll have to wait until 2020 before the no-cost model arrives.

Those who go with the free version will see resolutions up to 1080p with stereo sound. Stadia Pro subscribers can get up to 4K resolution, 60fps, and 5.1 surround sound; other perks include free games and exclusive discounts on purchases. 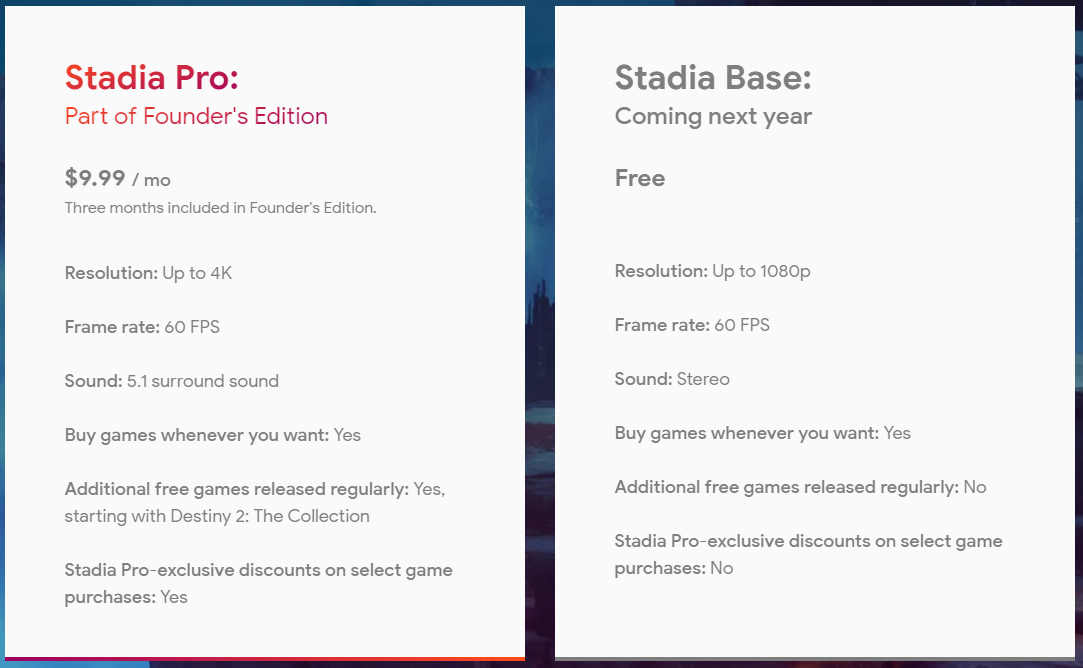 Google has not indicated how many games will be available when the service goes live but it has already announced 30 titles and support from more than 20 publishers. More game announcements are expected in the coming months.

Stadia will kick off in 14 countries and expand to other markets in the coming year. Among the first countries are US, Canada, the UK, Ireland, France, Germany, Italy, Spain, Netherlands, Belgium, Denmark, Sweden, Norway, and Finland.