Google has filed a patent today for a technology that could ultimately change the mobile communication game forever.  Called “Flexible Communication Systems and Methods,” the premise is that a mobile device will automatically detect the cheapest wi-fi, WiMax or cellular plan in any given location. Depending on where you are, your connection will come from various providers.

Why is this significant? Google is building out an infrastructure with Sprint, Clearwire and more. I’ve written here before about the plan for a nationwide WiFi connection between them and the cable companies. Google wants to revolutionize and capitalize on the mobile web. To do that, they need devices that do what they would like for them to do and use the services that Google puts forward. That’s where Android based phones and devices come in.

In order to get these devices to really wow people, they need a fast, readily available network. So why not build out their own? Partnering up with companies like Intel and Sprint in a few alliances helps move them towards that goal. See, Sprint and Intel are not only founding members of the Open Handset Alliance, but they are also big investors in the deal that merged the Xohm network with the Clearwire broadband service. 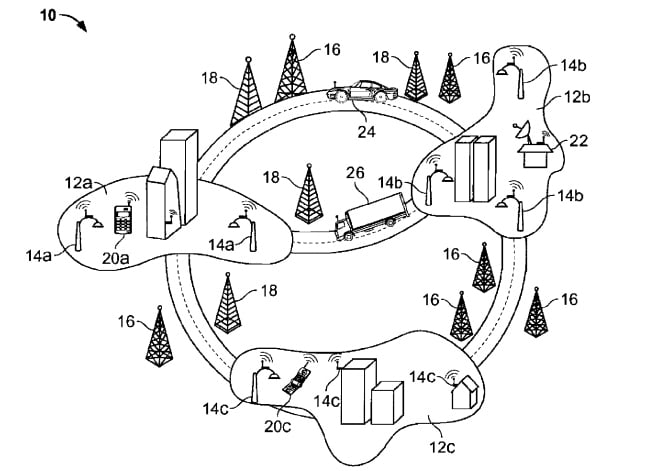 So getting back to the patent application. Imagine what you’d think if everywhere you went you kept finding that the Clearwire network was the least expensive, and possibly the fastest? You’d be likely to switch to their plans, right?

If anything, this disrupts things a little bit more.  By forcing the carriers to adopt a Lending Tree type mentality, they will compete for your services even more. “Hey, we can give you 3G speeds here for $X per GB! Would you like to use our service?” Cable and DSL companies should be worried too. That Clearwire partnership also involves Time Warner, Comcast, and Brighthouse.  Maybe you get your cellular service through AT&T, but your data device bounces around from one company to another.

Android devices will come in all shapes and sizes with possibilities ranging from digital cameras, to set-top boxes, DVR’s, and laptops. Imagine taking pictures from a digital camera and uploading directly to your Flickr, Photobucket, or Picasa account on a nationwide WiFi network that is lightning fast. Imagine your Android device talking to your DVR back home to pull up shows you recorded last night and being able to stream them over that same network.

So how does Google and Sprint get their network built out as fast and as cheaply as possible? I like to think that it might involve balloons at some point.  Go ahead and laugh, but there have been stranger things to happen.

Fun Fact: The word “telecommunication’ is used 8 times in one sentence in the patent application.

Protect your small valuable items in the Otterbox Drybox this summer. Keep your phone and other gear safe from water, sand, and more.
Read more
News and Rumors

If you're a fan of puzzles and time wasters, you've probably spent time with a Rubik's Cube...
Read more