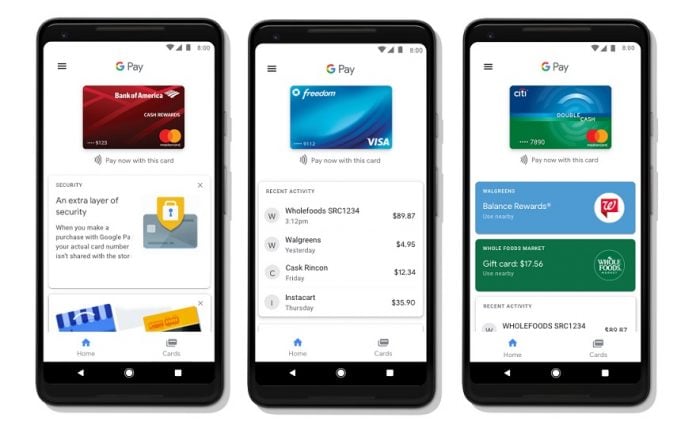 Google this week announced a new payment service that unifies Android Pay and Google Wallet into one entity. The new app is dubbed Google Pay and has already started rolling out.

Android Pay allowed users to make purchases with their smartphones in physical store locations by holding their devices to a reader at checkout, while Google Wallet let Android users send money to friends and family. The new service integrates these functions and adds more.

How do I get Google Play on my device?

If you are already using Android Pay on your phone, then all you have to do is wait, as a software update will automatically replace Android Pay with Google Pay. The app also showing up in the Google Play Store.

After announcing the merger, Google noted it is currently working on bringing Google Pay to all Google products.

Furthermore, the Mountain View-based giant is working with online and brick and mortar partners to make the new paying service available on websites, in apps and physical stores around the world. Through apps, users will be able to check out using their Google credentials rather than typing in their credit card info over and over again.

In the meantime, Google Wallet is temporary getting renamed as Google Pay Send until it will slowly get incorporated into Google Pay.

Included in the upgrade is an updated Home tab for the Google Pay app, which bundles information on recent purchases and where to find nearby stores. The Cards tab, where users store their credit cards, as well loyalty programs, has also been given a fresh coat of paint.

Google also said public transport users in Portland, London and Kiev can use Google Play for transit. Support for this feature will soon be expanded to include other cities.

The search giant also added that it is working on more features for Google Play. For example, users in the US or UK should be able to send and request money in the next few months.

What do you think about Google’s idea to unify Android Pay and Google Wallet into one service? Let us know in the comment section below.